Help Ryu and his friends.

Colonel William F. Guile, better known simply as Guile, is one of the main characters in the Street Fighter franchise. He is a major in the United States Air Force whose goal is to finish the criminal organization Shadaloo, while at the same time investigating the whereabouts of his best friend Charlie Nash.

Guile is a Colonel in the US military. He is charged by the American government to track-down the organization, Shadaloo. Guile eventually uncovered that the head of Shadaloo was the Taiwanese dictator, M. Bison. In order to take the fight to Bison without needing to worry about treaties, declarations of war, or US implication, Guile entered into an international contest called the World Martial Arts Tournament.

The tournament was set up as an exotic sports competition, Guile entered under the excuse he was entering as a private combatant, in truth he intended to interrogate his way through Shadaloo as all of Bison's lieutenants had also entered and he could legally use force to find out what he needed to about Bison and Shadaloo without it being illegal or implicating the US. Guile's primary targets were the boxer, Balrog, the Matador/assassin, Vega, and the professional fighter, Sagat.

Though Guile needed to beat-up several other innocents who entered the tournament for prize money, Guile's primary target was always the Shadaloo members.

Guile's appears in Super Smash Bros. Ultimate Guile appears as a assist trophy that performs sonic booms and flash kicks, a remix of Guile is a song that can be played on Suzaku Castle along with Guile's theme A and B, Guile is a legendary-ranked primary shield-type spirit that increases the user's foot attacks. His spirit can be summoned using cores of Arwing, Nash, two shield cores and any grab core, or defeating him in a stamina spirit battle against Captain Falcon on the omega form of Pilotwings with reduced jump powers, Guile is a hostile assist trophy.

Powers and and Abilities

Guile is substantially strong, even for a member of the military. He is an expert in Taekwondo and has even received training for Chi manipulation. Though his military training has kept him from harnessing the same malleability of Chi as Bison, or other World Martial Arts Tournament members such as Ken or Ryu, what he can do is still more than enough to accent his martial fighting style. Guile's signature Chi move is the "Sonic Boom", where Guile dispels Chi blast from his arms at such speeds, the force seems to to strike before his arms do. The Sonic Boom is a medium range move, though over the years Guile has been able to augment it through increased Chi training. 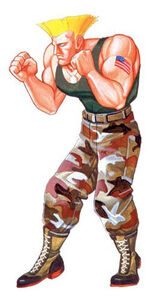 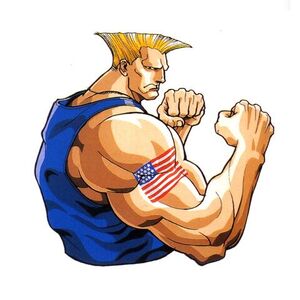 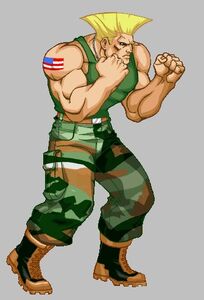 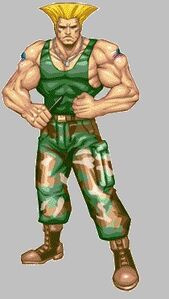 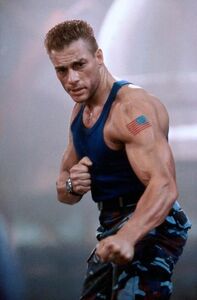 Guile in Street Fighter: The Movie. 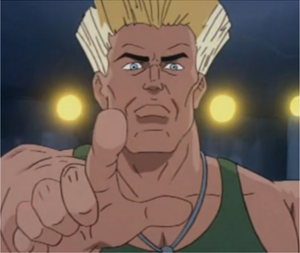 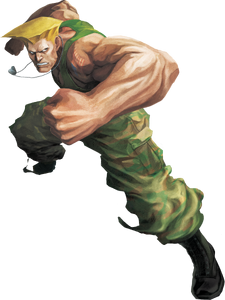 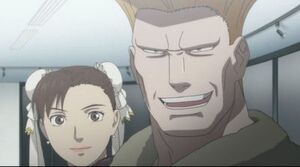 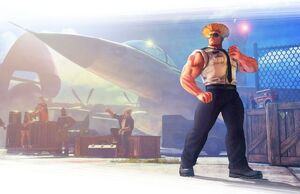 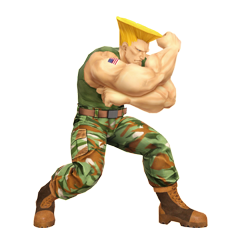 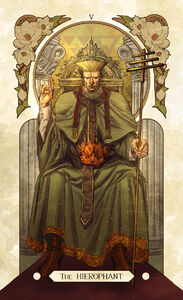