Warrior
Guo Huai (Chinese: 郭淮) is a minor character in the 14th-century Chinese classic novel Romance of the Three Kingdoms by the late Luo Guanzhong, and its multiple adaptations. He is one of the generals of Wei.

He was voiced by Satoru Kamata in the Japanese version, and by Philip Hersh in the English version.

Guo Huai took care of his family while he served under his lord Cao Cao, not only one who have made Cao Cao trying to gain influence so his heart is very exaggerated. In the Battle of Chibi, when he had something to accompanied Cao Cao to fight against Liu Bei and Sun Quan, Cao Cao immediately retreated due to the failure of the battle. After the war, Guo Huai later forced to attacked Zhang Lu with his best partner Xiahou Yuan in Hanzhong. Liu Bei just ordered Huang Zhong to be sent to against Xiahou Yuan, Guo Huai felt very regretful that his depression has would be discrepancy. Guo Huai persuaded Cao Hong that does not execute Zhang He after his devastating defeated at Wakou Pass, Xiahou Yuan fights for the Mt. Dingjun in order to get rid of the passive.

Asking Huang Zhong to stay at the top and launching a rapid impact, killing Xiahou Yuan and Zhao Yong, Wei army defeated and retired to Yangping Pass. When Xiahou Yuan against Liu Bei, Guo Huai was sick and could not participate in the battle. After Xiahou Yuan dies, the Wei army lost its new coach, fearing that it would be taken by the Shu forces and the three armies would be eclipsed, which helped stabilize the Wei armies in the region. His attitude is very poor, until now it is only for them to win. After Cao Cao's death, when Cao Pi established Wei kingdom and ascended the throne, Guo Huai later served under Cao Pi as one of the his loyal vassals. However, Cao Zhen chose him as his Deputy Commander to counter the Shu invasion led by Zhuge Liang.

During the Battle of Jieting, Guo Huai led the form of the military pace as an offensive and relied on himself not to be alone, Zhuge Liang was being able to subdue Ma Su and casually sprinkle it without distinction. Although he proposed ingenious tactics, they were repeatedly defeated Zhuge Liang's armies. Wei regent, Sima Yi is one who could show up in vowed to used on the dastardly levers to repelling Ma Su and the Shu generals. Right in the middle of the aggression, one of Shu officers, Jiang Wei was coming here as carry Ma Su after to return back to Zhuge Liang's side, Guo Huai and Cao Zhen were multitudinous attacks on Zhuge Liang as they are made fine out to defeated Wei Yan, Wang Ping, Zhao Yun, Guan Xing, and Gao Xiang's forces.

On the second expedition, Guo Huai faced Zhuge Liang at once more in his delegate, he was immanent to defend Chang'an under Wei's consent that was await to restore Tianshui, Anding, and Nan'an. Cao Zhen was futile towards Guo Huai, who had wants to protect Meicheng from obstacles. During the Battle of Chencang, Guo Huai and Zhang He are forcing up to attack Zhuge Liang's entire army at by forget dim. Relying on this all, Zhang Fei's son, Zhang Bao encountered a disaster when he was fighting the enemy, Guo Huai was energetical in vital as tries to helping Zhang He to seize Zhang Bao and killing him. When Zhang Bao is died in hands of Zhang He, Guo Huai flabby to moving on if thus wary to let Zhuge Liang go. On the third invasion, Zhuge Liang was temporarily ready to go and Guo Huai immediately attacked with the Shu forces by the way.

However, the Shu forces eventually reached in Jianwei from the Yangping Pass, Guo Huai once again lost to Zhuge Liang that so hanging in adherence withdraw from the campaign. After Cao Zhen's death, Guo Huai is fully dismal as so there mourn Cao Zhen. Putting Cao Zhen as a souvenir of him, then the body was surely buried. At the Battle of Mount. Qi, Guo Huai once again formed an alliance with Zhang He and pitted against Zhuge Liang. In order to defend Longxi District, Guo Huai and Sun Li always failed to control the Jianmen Pass, Zhang He was fall out in death by arrow while receiving an ambushing with wicked retribution. During the Battle of Wuzhang Plains, Guo Huai free to defend Longxi but so knowing that he is prod to attack Shu. Jiang Wei has no longer viridity as proprietorial adversary then gins on being in frivolous to bargain with Sima Yi, protect Zhuge Liang from beget misery.

Jiang Wei led the armies to attack Wei, Guo Huai and Sima Yi are later went to another local of battlefield to released the forces by proficiency but so just whatever with one was never being dangerous. Opposite by Jiang Wei with Sima Yi, Wei Yan will escape the danger in the battle when he moves to the top of the mountain. After Gongsun Yuan decided to lose to Sima Yi in Liaodong, Guo Huai essentially sought to siege to the Shu troops under Cao Shuang's fraud in Mt. Xingshi. In some cases, Guo Huai intends to use Xiahou Ba as the target of Jiang Wei's attacked, Jiang Wei really wants to find a way to attack Xiahou Ba and get out of his imagination. When Guo Huai led the armies to attack Liao Hua, Jiang Wei was rushing to save him. For the right now, Guo Huai covered his own example and rescued Xiahou Ba, Jiang Wei and his troops officially retreated.

Many years later, Sima Yi was ready to launch a coup with his family and then used the plot to oppose Cao Shuang. Thus heed in the one last destiny, Cao Shuang was too contemptible to Sima Yi yet there may be such vulgarity, sort out to given death in wickedness, he and Xiahou Ba with help Chen Tai to broke the coup d’État. Guo Huai is absolutely unable to believe their threats, he rejected Jiang Wei's first invasion of Wei successfully and also active in the second when he changed the Qiang's allegiance. Ironnically, Guo Huai died in battle who being hit by several arrows by Jiang Wei. 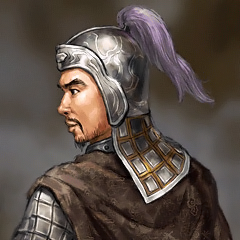 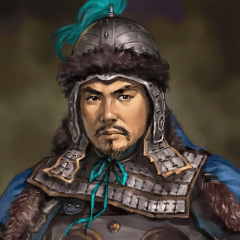 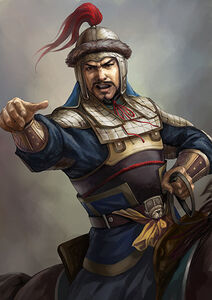 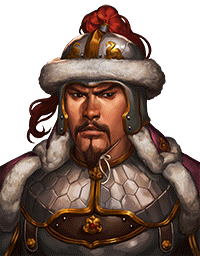 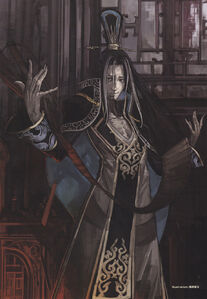 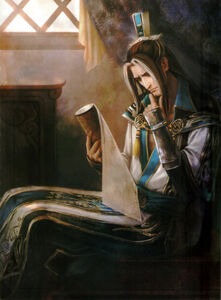 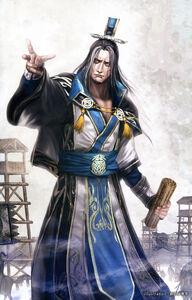 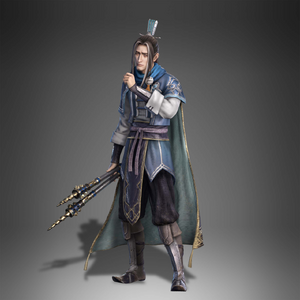 Guo Huai in Dynasty Warriors 9.
Add a photo to this gallery 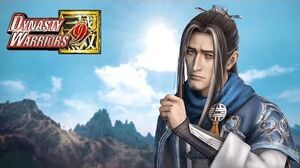 Retrieved from "https://hero.fandom.com/wiki/Guo_Huai?oldid=2128635"
Community content is available under CC-BY-SA unless otherwise noted.