Honorable Official
Guo Jia (Chinese: 郭嘉) is a minor character in the 14th-century Chinese classic novel Romance of the Three Kingdoms by the late Luo Guanzhong, and its multiple adaptations. He is an adviser who served the warlord Cao Cao.

Guo Jia was said to be very ambitious, but he is already felt that the world was into the chaos and stayed in seclusion for a long time. At first, he served under the orders of Yuan Shao, the most powerful warlord at that time in northern China. In some case, Guo Jia was originally out of the way, Yuan Shao is great respectful to him and others. Guo Jia saw that Yuan Shao is very indecisive, he was recommending Cao Cao to Xun Yu. After a discussion about the state of China at that time, they both liked it. At that time, Cao Cao made Guo Jia his military advisor. In this terrible incident, Cao Cao was ambushed by Zhang Xiu but the plot was directed by Jia Xu. Zhang Xiu was so abominable and Cao Cao's two sons were given death in the battle, Guo Jia had the right to coming to rescue Cao Cao from counterattack.

When Cao Cao's bodyguard, Dian Wei was able to protected Cao Cao and even be pierced by a sword after hitting a several arrows on his body. Guo Jia should find a way to stop Zhang Xiu, Jia Xu always selfishly leads his reinforcements to resist Cao Cao and was vented as so for doing by on. Guo Jia eventually defended Cao Cao, Zhang Xiu was defeated to suppress his violation and later surrendered to joins Cao Cao with Jia Xu. During the campaign against Lu Bu, Guo Jia and Cao Cao are jointly helped with Liu Bei. Lu Bu may wants to control Xu Province by only led the forces to Xiapi, Cao Cao and Liu Bei were overall subjected to atrocities by Lu Bu. Guo Jia was haply to talked with Xun You, the two knew that Lu Bu was a treacherous warrior who had a subordinate Chen Gong of his own.

Guessing the need, Lu Bu and Chen Gong should have emotional relationships. Although thinking of this solutions, Liu Bei and Cao Cao is overturn to facing Lu Bu. Lu Bu has sentenced to death after he was to be outrageous, Cao Cao followed the advice and at halftime prevailed against his opponent. Later that year, Cao Cao was facing the forces of Yuan Shao at the Battle of Guandu and left leaving his home city (Xuchang) barely guarded. Seeing this opportunity, Sun Ce was planned to go north and attack Xuchang. Everyone was desperate in front of the news, but Guo Jia can still promise refused to Sun Ce, being proud and impulsive, would be murdered by his own people before reaching Xuchang. After Sun Ce was killed before he could cross the Yangtze River, Guo Jia finally managed to defeated Yuan Shao.

After the Battle of Guandu, Yuan Shao soon died in later years. His legacy was the subject of a dispute between three of his sons, Yuan Tan, Yuan Xi, and Yuan Shang. At some point, Cao Cao sent the troops to attacked the Yuan brothers and they are won the battle, everyone thought that they should pursue the victory. Only Guo Jia believed that he should retreat and kill him, Cao Cao counted and attacked Liu Bei, Yuan Tan and Yuan Shang fought for the battle in Ji Province. When Yuan Tan was defeated by Yuan Shang and left the plains, but sent Xin Pi to Cao Cao. Cao Cao attacked Yecheng and rushed Yuan Shang to the north. Soon after, Wei forces defeated Yuan Tan and settled in Ji Province, although Yuan Shang fled to Wuhuan. Many warriors thought that Wuhuan was in a remote place and did not need to conquer him.

Also, Guo Jia suggested that Yuan family had good grace of Wuhuan, letting them escape and fearing that the future would come again. Cao Gong intends to use the soldiers in the south, it is inevitable that he will be attacked by the enemy. But Yuan Shang is not stable, he will immediately send troops to prevent it from happening. However, Guo Jia also believes that Liu Biao and Liu Bei are not in harmony with each other. Therefore, the matter of the North should be resolved as soon as possible and it is more important to say that the soldiers must be eager to stay in the way. Cao Cao continued to go north and crusade Yuan Shang and Wuhuan, then surely broke the enemy and killed him. According to the advice of Guo Jia, the army traveled lightly, leaving behind most of the supplies.

The resulting rapid attack caught off guard at the Wuhuan at the Battle of Mt. Bailang. Tadun was killed and Yuan was exiled in what is now Heilongjiang and Jilin. Later on, Guo Jia died of illness, he was given the posthumous name of "Marquis Zhen". A year later, after Cao Cao was defeated at the Battle of Chibi, he complained: "If Fengxiao (a stylized name of Guo Jia) was alive, I would not be in this state."

Guo Jia in Romance of the Three Kingdoms. 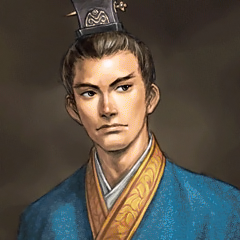 Guo Jia in Romance of the Three Kingdoms IX. 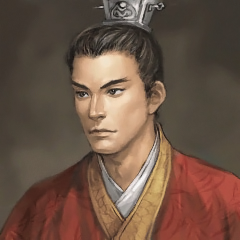 Guo Jia in Romance of the Three Kingdoms X. 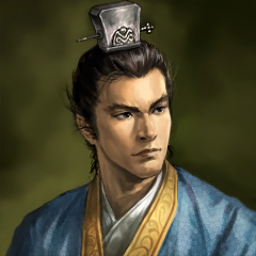 Guo Jia in Romance of the Three Kingdoms XI. 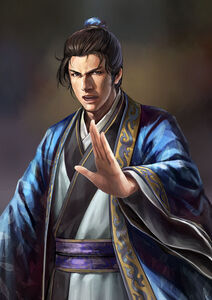 Guo Jia in Romance of the Three Kingdoms XII. 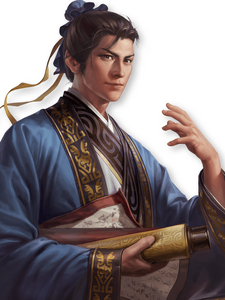 Guo Jia in Romance of the Three Kingdoms XIV. 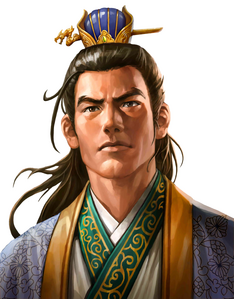 Guo Jia in Romance of the Three Kingdoms: The Legend of Cao Cao. 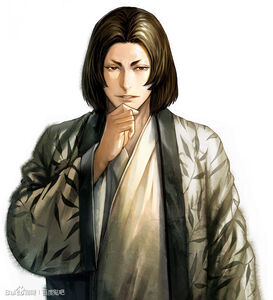 Guo Jia in The Ravages of Time. 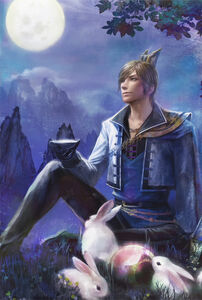 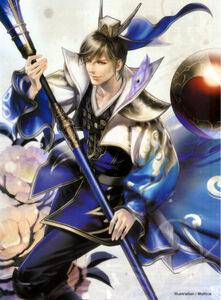 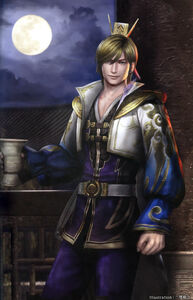 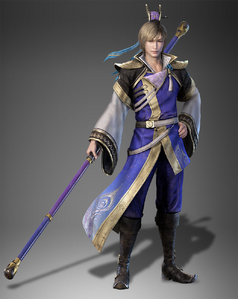 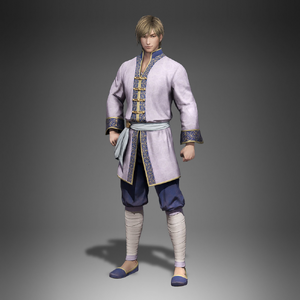 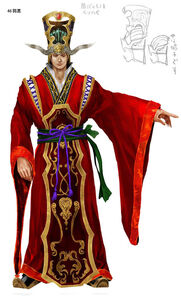 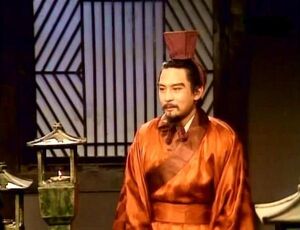 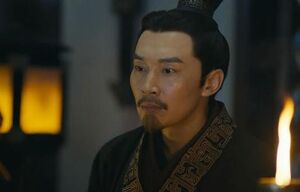 Guo Jia in The Advisor Alliance. 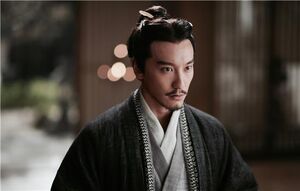 Guo Jia in The Secret Dragon in the Abyss. 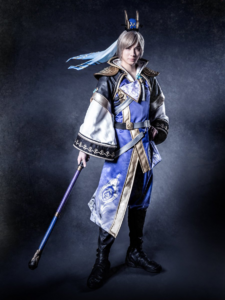 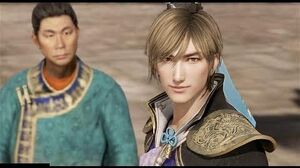 Retrieved from "https://hero.fandom.com/wiki/Guo_Jia?oldid=1704706"
Community content is available under CC-BY-SA unless otherwise noted.