Guts Man is a civil engineering Robot Master from the classic Mega Man series. He was made by Dr. Light to work alongside Bomb Man for both land reclamation and construction.

Guts Man possesses great physical strength, being capable of lifting and transporting heavy objects, including rocks of over two tons, with little effort. In battle, he can use his Super Arm to throw heavy objects, such as boulders and blocks, at his enemies. He can also use his strength to hit his enemies with a powerful tackle, and make the ground shake with his jumps.

In terms of his personality, he is similar to that of a typical construction foreman; while he can be hot-tempered, impatient and unreasonable, he is passionate about his line of work, is more intelligent than his appearance and mannerisms would initially suggest (referring to his creator, Dr. Light, as Pops as seen in Mega Man Powered Up), and cares deeply for the well-being of his colleagues when on the job and his robotic brothers, acting as some sort of older brother to the latter. He also does have a genuine sense of humor, and seems to know his brothers' behavior very well (as seen in Mega Man Powered Up, where he comments on how his brother Elec Man is still "a self-absorbed weakling"). Guts Man enjoys karaoke, and is good friends with Stone Man, but he also doesn't like to see any arguments from his workers or his brothers, or even get into one, as well as people that often try to interfere on his job schedule. 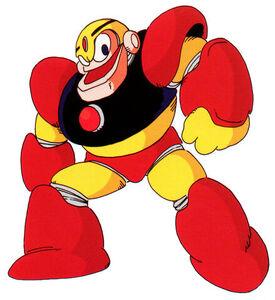 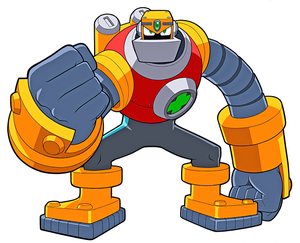 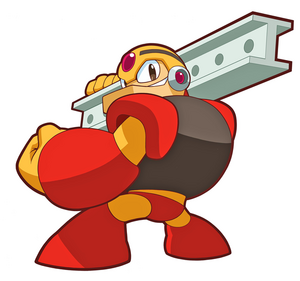 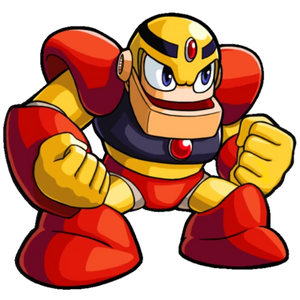