Being with Peter (formerly)
Being with her friends

Be with Peter Parker (succeeded)

Gwendolyne Maxine "Gwen" Stacy is a supporting character in the Spider-Man franchise.

Gwen Stacy was created by the late Stan Lee and the late Steve Ditko.

A blonde college student, Gwen was originally the first true love of Peter Parker (Spider-Man) before he developed deep feelings for her friend and rival, Mary Jane Watson.

Tragically the Green Goblin (Norman Osborn) caused Spider-Man to accidentally kill Gwen in The Amazing Spider-Man #121 (June 1973) when the Goblin had knocked her off a bridge and Spider-Man attempted to save her via a webline to her leg though the whiplash from the sudden stop snapped her neck.

Both the decision to kill Gwen and the method in which Marvel implemented it remain controversial among fans, but the death became a pivotal point in both Spider-Man's history and in American comic books in general.

Many point to Gwen's death as the end of the so-called Silver Age of comics. Spider-Man writers and fans disagree about who is the character's "one true love": Gwen or his subsequent love interest, Mary Jane. Despite this her legacy live on with her earth-65 counterpart Spider-Gwen.

Gwen Stacy met Peter Parker while attending Empire State University, where she fell in love with him. Peter ignored her advances due to his problems as the superhero Spider-Man, and she insulted by his aloofness. Despite the rocky start, the two would fall in love, and begin a relationship (with her being Peter's firs true love). 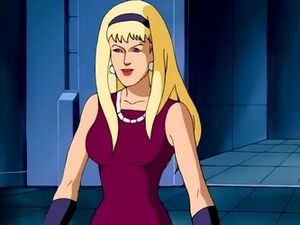 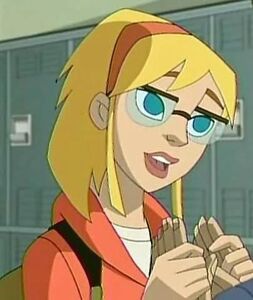 Gwen in The Spectacular Spider-Man 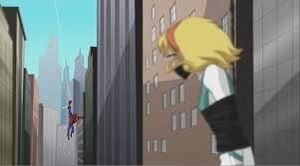 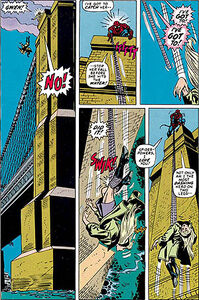 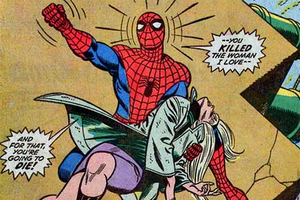 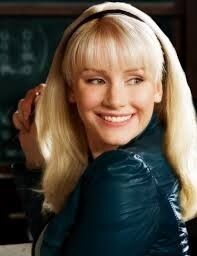 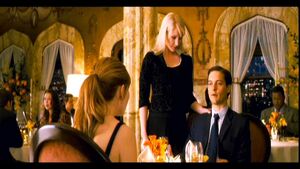 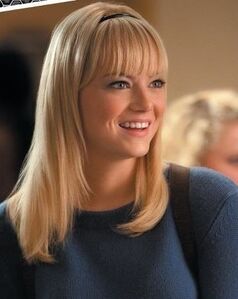 Emma Stone as Gwen Stacy in The Amazing Spider-Man

Gwen Stacy in The Amazing Spider-Man 2 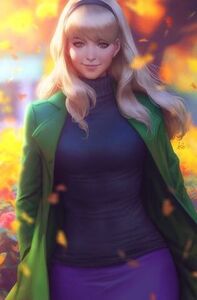 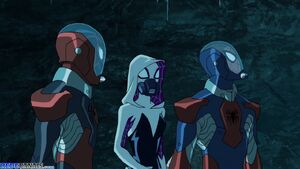 Retrieved from "https://hero.fandom.com/wiki/Gwen_Stacy?oldid=2244581"
Community content is available under CC-BY-SA unless otherwise noted.