Gyomei Himejima is a supporting character in the 2016-2020 fantasy horror manga series Demon Slayer: Kimetsu no Yaiba. He is the Stone Hashira of the Demon Slayer Corps.

He is voiced by Tomokazu Sugita in Japanese and Crispin Freeman in English.

Gyomei is a hulking figure among the Demon Slayers. He is one of the show 'top protagonists, standing effortlessly over his fellow Hashira. He is extremely muscular and powerfully built. He has black spiky hair, and a prominent scar that runs across his forehead horizontally. He has been blind with no irises nor pupils.

He wears a traditional black and white Demon Slayer Corps uniform with an olive-green gladi draped over his shoulders. He also wears around his neck a large-beaded necklace and holds ojuzu when he is not engaged in combat.

Gyomei represents the gentle giant stereotype, being remarkably soft-spoken and sensetive. He is often seen to be very religious, often holding his beads of prayer and offering prayers in poigant circumstances. 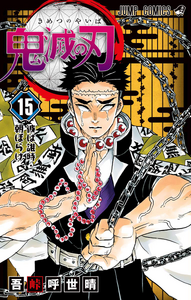 Gyomei in the cover of the fifteenth volume. 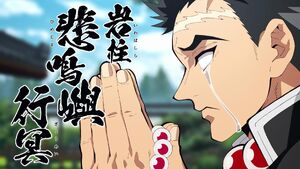 Gyomei's introduction in the anime adaption. 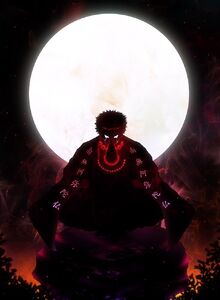 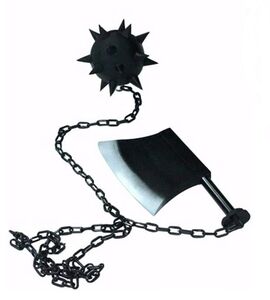 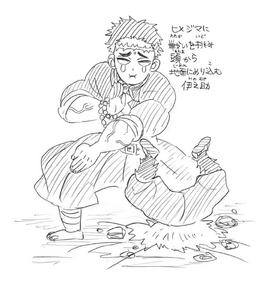 Retrieved from "https://hero.fandom.com/wiki/Gyomei_Himejima?oldid=1965108"
Community content is available under CC-BY-SA unless otherwise noted.