Accomplish his missions and be the only survivor.

HUNK is a ruthless special agent of the Umbrella Corporation and is cold, silent, and devoid of emotion, he is a ruthless operative. He and the UBCS Sergeant, Nikolai Zinoviev were considered to be "rivals". He is an antagonist hero in the Resident Evil games.

He is voiced by Keith Silverstein, and Masaki Terasoma in Japanese.

Very little is known about HUNK’s past, not even his actual name, and the only thing known from his history is that he received training in 1996 at the Rockfort Island Military Training Center. HUNK became well known for having performed the most successful missions and was often the only agent to return. It was this that gave him the nickname, “Grim Reaper HUNK”.

In 1998, HUNK was the commander of Alpha Team and was sent to retrieve the G-virus from the Raccoon City Underground Laboratory. He and one of his fellow USS members managed to corner William Birkin in his lab and tried to talk him into handing over the G-virus. However Birkin refused to hand over the G-virus, but as he backed away, he knocked over a mug and the sudden noise made the USS soldier with HUNK shoot the scientist. HUNK berated him for doing so since it could have damaged the virus sample and took the case carrying the samples of the G-virus, along with samples of the t-Virus. With their objective secure, HUNK and the Alpha Team headed to the tram in the sewers which would bring them to the extraction point. However Birkin injected himself with a G-virus sample to save his life and mutated into the monster, “G”. He hunted down the members of the Alpha Team, killing all of them except HUNK and spilling the contents of the case.

G consumed the G-virus samples and crushed the canisters carrying t-Virus, which infected the sewer rats. They spread the virus all throughout Raccoon City using the sewer network, which connected to the water supply. HUNK, undeterred by the death of the rest of the Alpha Team, focused on getting a sample of G-virus to bring back to Umbrella. As the Raccoon City Outbreak raged around him, HUNK managed to obtain the sample and at least a week after his confrontation with Birkin, he contacted his team’s evac helicopter and arranged to be picked up on the police station’s roof. As HUNK headed to meet his helicopter, his radio picked up various transmissions, like the police futilely attempting to contain the outbreak, the last broadcast of a radio station surrounded by zombies, various Umbrella advertisements, and the pleas for help from another USS commando which he ignored. At last, HUNK reached the roof of the police station, where he set off a flare, allowing his extraction helicopter to reach him and take him to safety.

HUNK later received an assignment to transport a container to Rockfort Island, but Alfred Ashford, the commander of the island’s base, refused to tell HUNK’s team what was inside. HUNK believed that a package with an unidentified cargo presented a significant danger to a team since they could not be prepared for what was inside and made this clear in his report to Alfred.

Following the 2003 fall of Umbrella, he became a legendary mercenary and devized the original fighting style C.Q.B.Z. (Close Quarters Quarantined Battle Zone) as well as equipment and custom weapons formulated for it such as the Zombie Beil, Zombie Eisen, Zombie Jammer, and the Bite Guard.

HUNK is completely cold and determined, focusing completely on accomplishing his mission, despite the consequences. He thinks nothing of the comrades that are sacrificed on his assignments and operates with ruthless efficiency. HUNK views his missions as part of a war, so losses are necessary, and says that the reason he has never failed a mission is because he always follows the principle that the objective takes priority over everything else.

HUNK is an extremely capable soldier, skilled with a number of weapons and able to deliver solid melee attacks. He also has a few blade weapons hidden on his person. 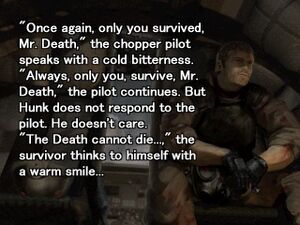 HUNK in the Resident Evil 3 epilogue 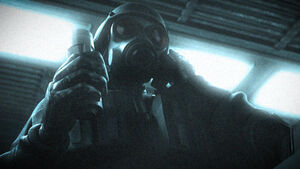 HUNK with the G-virus sample, calling in his evac 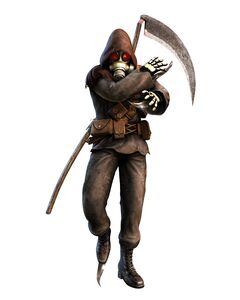 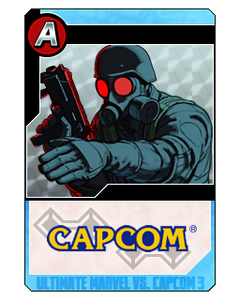 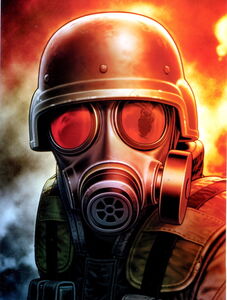 HUNK image from Art of Arts