He is voiced by Daisuke Sakaguchi also voiced Jacuzzi Splot.

He have black armored skin, red claws, red eyes and horns. He wears a purple cape with a monster face hood.

Rei and the others reunite with their Appmons, who do not remember them at all, and are sent to a journey to restore their buddies' memories. In the occasion, they not only reconnect with Hackmon and the others, but obtain each one their own AppliDrive DUO. 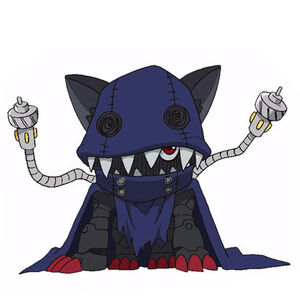 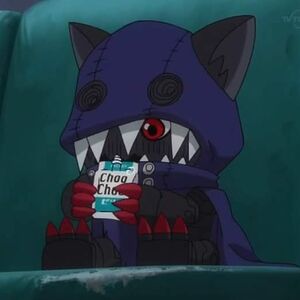 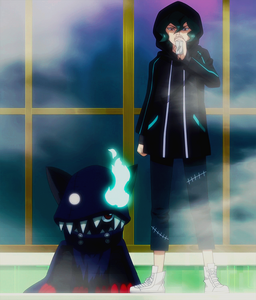 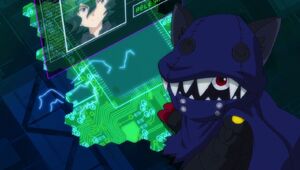 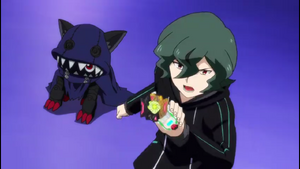 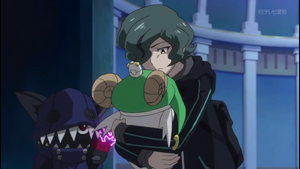 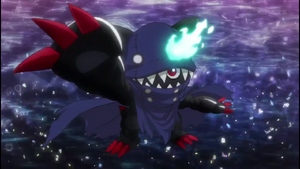 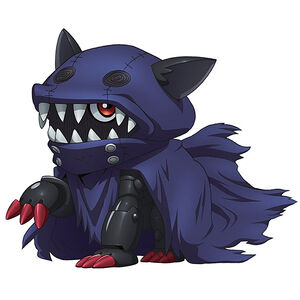 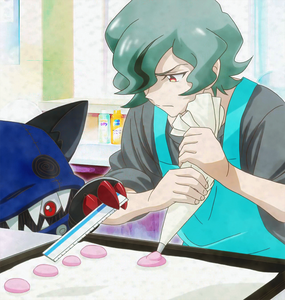