Lord of the Dead
God of the Underworld

Ruling the Underworld.
Keeping balance between life and death.

Defeat the Titans (succeeded).
Win the wager of the Gods, and have Alrik kill Kratos (failed).
Aid Kratos in killing Ares (succeeded).
Get revenge on Kratos and prevent the fall of Olympus (failed).

Hades is a character in the God of War series. He is the god of the underworld who once acted as an anti-hero, being an ally of Kratos during his journey to defeat Ares, but he also turns into his enemy due to his wife's death.

In God of War (2005), he was voiced by Nolan North, who also voiced Nathan Drake in the Uncharted series, Desmond Miles in the Assassin's Creed series, Edward Richtofen in the Call of Duty zombie series, Vashryon in Resonance of Fate, Deadpool in numerous media and videogames, and 2008s Prince of Persia in the titular videogame.

In all forward installments, he was voiced by Clancy Brown, who also voices Mr. Krabs and the Incidentals in Spongebob SquarePants, and also voiced Dr. Neo Cortex in the Crash Bandicoot series, Otto in Super Robot Monkey Team Hyper Force Go!, Red Hulk in Hulk and the Agents of S.M.A.S.H., and Hank Anderson in Detroit: Become Human.

Hades is the son of the titans Cronos and Rhea, and was swallowed whole alongside his siblings, except for Zeus. Once he reached the right age, Zeus rescued his siblings, and they declared war against the Titans, known as The Great War. During that said war, Hades aided his brother Poseidon defeat the mighty titan Atlas, ripping his soul. The Olympians won the war against the titans, and Hades claimed the Underworld, becoming its ruler.

In addition, Hades also married (presumably by force) his niece, Persephone, who states that she didn't have a choice to marry him. His marriage to Persephone would cause her to become embittered by the Olympians, whom she believes betrayed their won by allowing the marriage to proceed. In the comics, Hades chose Alrik as his champion on the quest for Ambrosia, who's father was ill. Hearing of Ares' champion Kratos, Hades revived Alrik after he was killed by the spartan, wanting him to exact his revenge.

In God of War, he manifests in Pandora's Temple in a translucent form, like the other gods, and gives Kratos a magic called the Army of Hades. Only his fiery, demonic face is seen. There is also a giant statue of him in the section of the Temple called The Challenge of Hades, as well as another statue of Hades alongside Zeus and Poseidon in Pandora's Box's Elevator. Hades is not encountered in God of War: Chains of Olympus however his wife, Persephone, is encountered and killed by Kratos when she tries to destroy the world with the aid of Atlas.

As Hades expresses genuine love for his wife later, it is likely he was kept from seeking retribution on Kratos for the affair by his brother, Zeus. In God of War II, Hades appears at the very end, hearing Zeus' speech about defeating Kratos. Despite not appearing in the entire game, Kratos does go to the Underworld upon his death by Zeus, but he escapes via the help of Gaia.

By the final game, God of War III, Hades along with all the other Olympians will martial their forces to put down Kratos for freeing the titans and trying to destroy the world. With Zeus no longer holding Hades back he not only seeks to put down Kratos before he destroys the world but also to settle his score with Kratos for killing most of his family. Hades attacks the Titans, and later goes to this domain as Kratos has fallen to his death due to the betrayal of Gaia.

Hades taunts Kratos and later has a final confrontation upon recalling the latter's sins. Kratos gains the upper hand by taking Hades' claws, knocking him into the River Styx, and ripping his soul upon his return. Destroying Hades dooms the souls of the dead to wander aimlessly and plague the world of the living, showing the previous balance Hades had been keeping in check. Hades' failed to stop Kratos from destroying the Greek pantheon, but the latter did the world hope upon realizing what he had done. 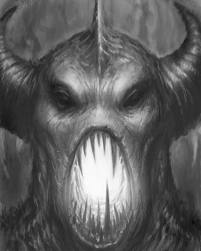 Hades in God of War. 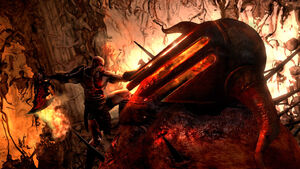 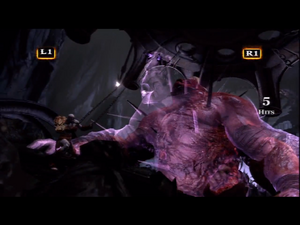 Hades' soul being ripped by Kratos, killing him. 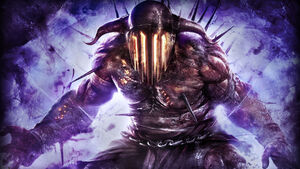 Hades in God of War: Ascension.