Playing the cello, Following whatever order Saya gives him, Wandering around waiting for Saya to wake up from hibernation

Hagi is the deuteragonist and male lead of the anime and manga series Blood+. He is Saya Otanashi's first chevalier and also her love interest.

Despite his origins being a complete mystery, he is said to be of Eastern European descent. The first time Haji meets Saya in the Zoo, he is a small 12-year-old boy with big cobalt blue eyes, long black hair in a braid, dressed in a gray coat, light gray shorts and with a blue tie.

This changes when he becomes an adult. In the manga, he dresses black pants, white shirt and a black vest and the same tie he had as a child. While in the anime, when he lived as an adult in the zoo, he had the appearance of a a tall and slim man with fair skin, loose jet black hair and long shoulders and wearing black pants, white shirt with frills, a long and black coat that reaches his knees and as a tie he wears a blue ribbon that later will be used in his hair.

In the present time, he is still retaining the appearance of a 25-year-old attractive and formal man, since his biological time stopped forever the day Saya gave him her blood to drink. Thus, even if Hagi over 140 years old, he maintains the look of a young man because that is the age at which he became a Chiropteran chevalier. Although he still uses black, he now wears a charcoal suit that has two front and two back tails of equal length.The jacket has a narrow black band at the waist and a black buckled band on his Chriopteran arm. He pairs the jacket with a white Barrymore shirt, charcoal trousers and black shoes. His black hair that falls to his shoulders with somewhat wavy bangs falling over his eyes. His eye color is pale blue that turns crimson when his Chiropteran powers are unleashed. He usually keeps his hair tied in a ponytail at the nape of his neck with the same blue ribbon he weared while living in the zoo.

In the flashback to the Russian village sequence, he is shown bare-chested with a towel around his lower torso. He is also often seen with his cello case, both a genuine instrument vessel as well as storage for Saya's sword.

At the beginning, when Hagi started living at the Zoo, he was rather taciturn and occasionally rude, partly because Saya herself was spoiled and selfish. It was only after revealing his true circumstances (namely, that his parents had sold him to the original Joel for a loaf of bread) that they gradually became friends. Later, while Haji still lived with Saya in France as an adult, he was a charming, friendly, kind, loveable and a courteous man, like the typical French horseman of the XIX century. These traits only grew stronger after Hagi became her chevalier.

Most of the time Haji appears to be a very calm person with a dry, introverted and silent character in addition to a stoic and a little schizoid personality. There are very few things that make him angry or change his expression. He rarely shows his feelings or talk and when he does, he only says a few sentences and speaks rather monotonously. Apparently, this personality is so different compared to the previous one he showed as an adult when he lived in the zoo as a consequence of the moment when Saya in her insanity state attacks him in Vietnam.

After Saya attacked him so violently and without hesitation, his personality changes radicaly, turning him into a dark and melancholic being. Later it is revealed that he gave up showing his emotions after being shocked and disappointed during this incident, coming to believe that as Saya's chevalier, his duties are to obey her orders and look after her well-being, keeping his deep feelings for her to himself. Following this line of thought, he even goes so far as to avoid ever using his full power, as he ended up frightening Saya the first time he did it in the zoo. Hagi is also shown to greatly appreciate his immortal life, as it allows him to watch over Saya during her 30-year periods of sleep.

Although considered to be a doormat by several people, Amshel in particular, Hagi is in fact far from it; his number one priority is fulfill Saya's wishes, but he also isn't against voicing his opinion on what he thinks is best for her and does so more and more frequently as the series progresses, particularly after the one-year timeskip. This is notably makes him the complete opposite of Diva's chevaliers; they all spoil Diva rotten, but the majority of them are secretly following their own agendas, with only James being completely loyal to her. Nevertheless, there are times when Hagi's loyalty can get the better of him, as he would have stood back and let Saya kill herself had Kai not intervened.

Throughout his life, even prior to becoming a chevalier, Hagi has always been loyal, not only to Saya, but to her friends and family. The one time he disobeyed her was at Opera House in New York, when Kai had convinced him to confess his love for Saya and what he wished for. In this moment, he confesses his surprise when he found Saya again in Okinawa and she seemed happy and carefree as she was before. This should have upset him because he speaks almost bitterly about how Kai, Riku, and George had managed to return her smile, something he could not do even if he wanted to. He then tells he wished for her to live on because at that point she would no longer have to fight and the two of them kiss. During his fight with Amshel, in fact, he says that in spite of everything he's been through, he has no regrets whatsoever, just because he was able to meet Saya. 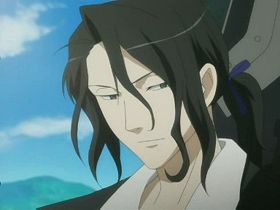 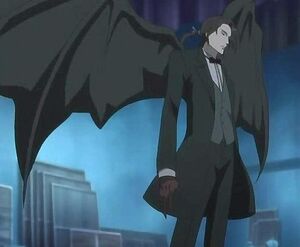 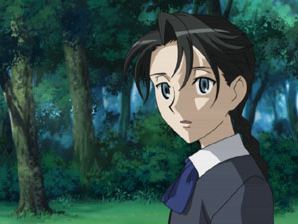 Hagi as a young child 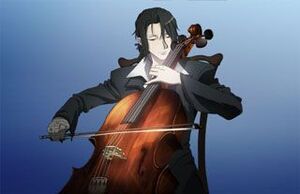 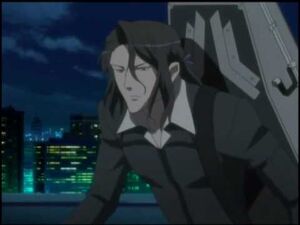 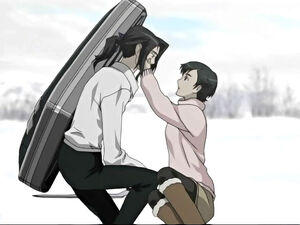 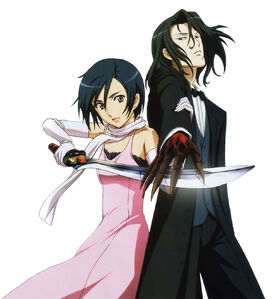 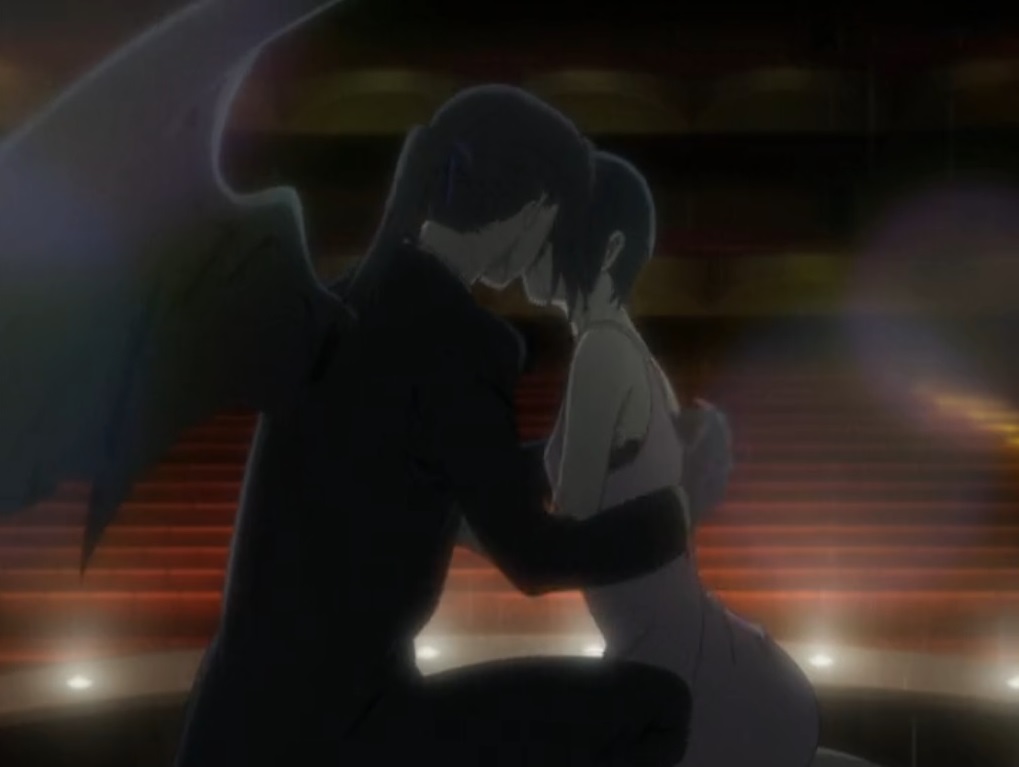 Add a photo to this gallery
Retrieved from "https://hero.fandom.com/wiki/Hagi?oldid=1850819"
Community content is available under CC-BY-SA unless otherwise noted.