Heroes Wiki
Register
Don't have an account?
Sign In
Advertisement
in: Mature, Metal Gear Heroes, In Love,
and 23 more

Help Snake to stop Liquid during their adventures and missions (succeeded).

Doctor Hal Emmerich,known primarily by his alias "Otacon", is the general deuteragonist of the Solid Snake side of the Metal Gear series. He is Solid Snake's best friend and Sunny Emmerich's guardian, and a co-founder/member of Philanthropy.

He is voiced by Christopher Randolph.

Hal Emmerich was born in 1980 to Huey Emmerich and Strangelove, and was named after his father's love of the 1968 classic, 2001: A Space Odyssy. Little of Hal's youth was spent on a XOF base in Afghanistan, but he would be sent to the states when Strangelove learned of Huey's plot to place their child into the metal gear "Sahelanthropus". When Huey learned of what Strangelove did, he decided to place her into a mammal pod, causing her to die from suffocation. Hal would reunite with his father in the states, and Huey woul go on to marry a woman named Julie Danzinger. During his childhood and teenage years, Hal developed a close bond with his stepsister Emma, and the two often played "house" together.

During the mid-1990s, Hal was seduced by Julie, and the two had a brief affair until Huey discovered it, and committed suicide via pool drowning. As a result, Hal felt immense guilt in his father's death and for betraying Emma, as she nearly drowned since Huey dragged her when he committed suicide. He proceeded to run away from home due to his guilt, but kept in contact with Julie, whom informed him of Emma's development of aquaphobia. Despite dropping out of high school, Hal was a brilliant mind who managed to be accepted into MIT by going through self study. Earning his PhD, Bachelor and Master's degree at Princeton, Emmerich was later recruited into the FBI's ERF division, but was kicked out when he was caught hacking into their database.

Afterward, Hal was hired at ArmsTech uner Kenneth Baker, where he developed several technology that would be taken in to the United States Army. He was then hired to become the lead engineer of the metal gear rex project, which was secratly a project that could used nuclear strikes. In 2005, Hal was taken hostage alongside the personel at Shadow Moses Island by FOXHOUND, a unit under the command of Liquid Snake. While being held hostage, Emmerich developed an infatuation with Sniper Wolf, but it's assumed that he was suffering from Stockholm Syndrome at the time.

Hal would be confronted by Gray Fox, a FOXHOUD cybernetic ninja whom wanted to know of Solid Snake's location. The confronation was interrupted by the arrival of Snake, who battled his former ally as Emmerich hid. Hal would reveal himself to Snake, and after learning of metal gear's purpose, decided to help him. Using his stealth camoflauge to move around the base, Emmerich would help Snake in his mission, even after he was hurt when Snake eliminated Sniper Wolf. Snake, alongside Meryl Silverburgh, succeeded in stopping Liqud Snake's uprising and the destruction of the base.

Hal Emmerich appears in Super Smash Bros. Brawl in one of the codec conversations, he also appears as a sticker thar increases the resistance to any characters.

In Super Smash Bros. Ultimate, Hal Emmerich returns as a novice-ranked support spirit that equip the user a beam sword. His spirit battle is against Dr. Mario and giant metal R.O.B. on prism tower where the said Dr. Mario tends to avoid conflict, only Dr. Mario needs to be defeated to win. 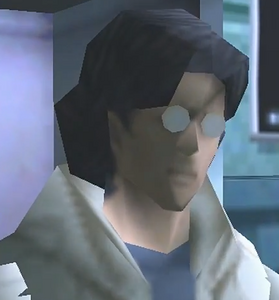 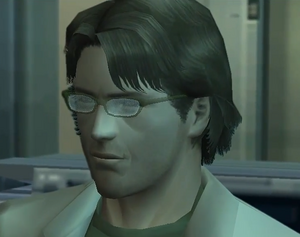 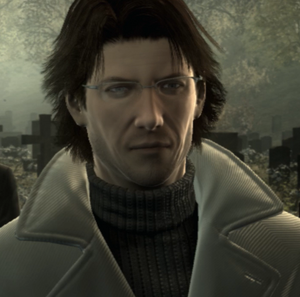 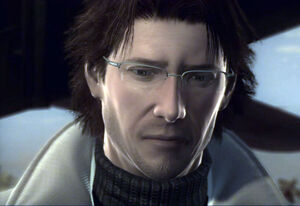