Member of The Flock

To help the flock save the eggs.

Supporter
Hal the Boomerang Bird (also known as Hal or Green Bird) is a main character in Angry Birds and a playable character.

Hal debuted in Level 6 of Angry Birds known as Danger Above where he was captured but then was eventually freed.

Hal is a green skinned toucan with a very large and long beak colored orange. He also had three sets of head hairs on his forehead. In Angry Birds Toons and Go! he resembles a real Toucanet now have yellow eyebags. In the movies, it is a fusion of his game and tv show appearance where he now has arms and legs.

Hal has a short temper when it comes to egg theft and smuggled birds and, like most of the Flock, becomes easily enraged when eggs are discovered missing and rare birds caged up. Little is known about his personality and demeanor at this time. Even though he doesn't appear in as many of the Animated Shorts as some of the other Angry Birds do, (he only appears in the Summer Pignic Short Movie) he is shown in the video as a very cheerful but clumsy bird. This is shown during the entirety of the Animated Short which displays Hal trying to enlist on the Angry Birds Army, in order to help defeat the Bad Piggies. However, Hal is denied enlistment in the Army after he accidentally knocks over the slingshot, causing the White Bird to be launched in the wrong direction. After this, he hops away sadly. After he leaves, the other birds fail the level, and Hal finds the Red and Blue birds near-unconscious upon his return. He eyes the slingshot and launches himself. He sails high over the Bad Piggies fort, much to the King Pig's amusement. As he nearly hits the ground- and two Bad Piggies- he opens his beak and flies back, retrieving the eggs and defeating the King Pig.

In the Summer Picnic Animation, Red extraordinarily dislikes Hal at the beginning, now not trusting him sufficient to use the Slingshot. They forget him, thinking he's going to best be a burden. Red pushes him away after he messes up Matilda's shot. but, after Hal saves the eggs, Red is extraordinarily thankful and accepts him as part of the flock. For the duration of the Angry Birds Mini-Comics, Red and Hal are proven to be correct pals and Hal is cheery and positive towards Red.

The Blues like Hal, and experience being with him. They use him in a couple of ways, inclusive of a canoe, an umbrella, and many others. They opt for being with him over Red, which causes Red to be careworn and jealous. 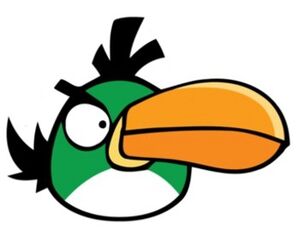 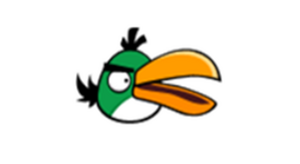 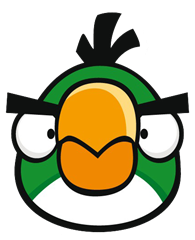 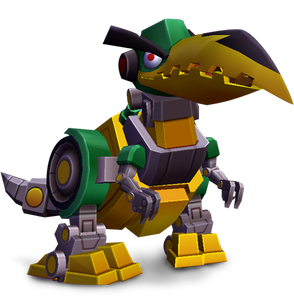