Halo Flight are the deuteragonists of the 1997 film Air Force One. They are a team of six F-15 Eagles that took off from Ramstein Air Base when there is trouble in the skies. Their mission since Air Force One was hijacked was to protect and provide Air Force One clear airspace. During one of the President's acts of trying to free the hostages, in which he end up caught, he gave the White House a direct order to order one of the F-15s to fire only one missile on Air Force One in attempt to have one of the terrorists activate the plane's countermeasures. When Ivan threatened to kill a member of the first family, the squadron was ordered to back off in order to not violate Kazakhstan airspace. When Air Force One was retaken from the terrorists, a squadron of six MiG-29s pursuit them, causing the White House to send their fighters into Kazakhstan in order to protect Air Force One with their lives. The squadron dropped their fuel tanks then speed their way to Air Force One that is being attacked by the MiGs. After shooting down two MiGs, Halo 2 used his jet as a shield to stop a MiG missile from destroying Air Force One, which had ran out of countermeasures, at the cost of his life. After another MiG the one who fired the missile at Air Force one got destroyed in the skies, the last three MiGs bugged out, but Air Fore One was severely crippled by the attacking MiGs to the point it was losing fuel and tail controls were busted so they can't land the plane. With the situation getting bad and time running out, Halo Flight stayed by Air Force One's side until a solution is found. The leader of Halo Flight then salutes the President that he did great. The squadron was seen at the end of the film after a C-130 became the new Air Force One.

"Missile away! Air Force One, break left and climb!" (After a MiG fires a missle)

"This is Halo 2, they lost countermeasures. I'm going in!"

"Sir, are you sure thats what you want me to do?"

"Okay boys give me some room. I've just been ordered to fire on Air Force One."

"Target is a visual and I got a good lock."

"Air Force One, bug out west, we'll cover you."

"I'm sorry sir." (When Air Force One was severely crippled)

"Air Force One, you still with us?"

"Sir pull up! You got one on your tail!"

"The last 3 MiGs are bugging out sir. We're clear!" (After the third MiG is destroyed)

"Four more bandits, bearing 0-9-0! Halo Flight, engage!" (After the second MiG is destroyed by a missile) 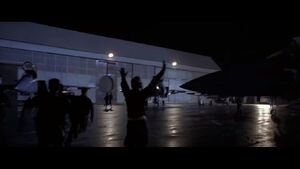 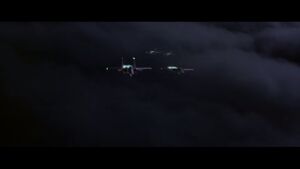 Halo Flight on their way to Air Force One 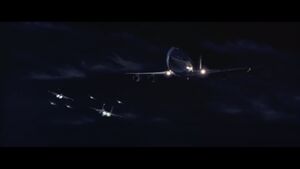 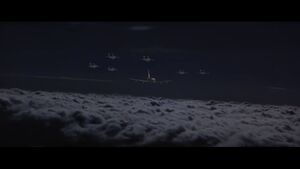 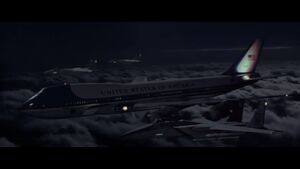 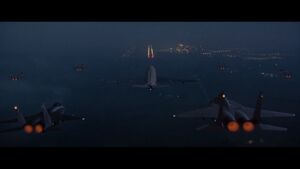 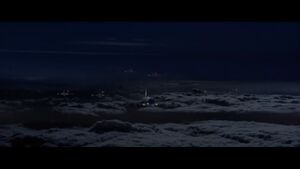 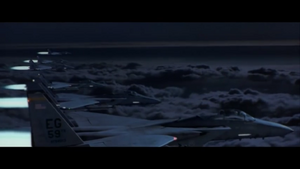 Halo Flight flies to save Air Force One from MiGs 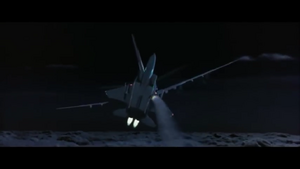 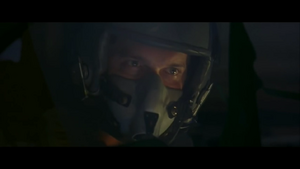 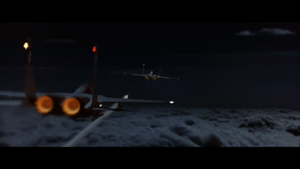 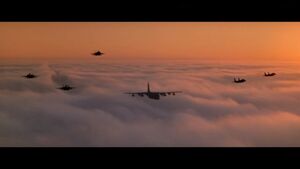