Leader of the Ham-Ham Club

To help Laura every day (succeeded).

Others depending on the episode.

Optimistic Leader
Hamtaro is the main protagonist of the anime and manga series of the same name.

He is voiced by Kurumi Mamiya in the Japanese version and Chiara Zanni in the English version who also voices Fiona Munson, Daring Do, Hakudoshi and The Infant.

He is a small and adorable orange and white hamster with whiskers, pink paws, a tiny, pink tail, a little, pink-colored, button nose, and beady, black (sometimes gray) eyes. There is a distinctive orange patch of fur located near his bottom.

Hamtaro is a lively, curious, caring, adventurous, courageous, helpful, happy-go-lucky little ham-ham who's always willing to help his friends and go on big and perilous adventures in order to help others in need.

Hamtaro makes the most of his life as a small hamster and lives each day in happiness hoping to make more friends and to have fun. He is always there for his friends. 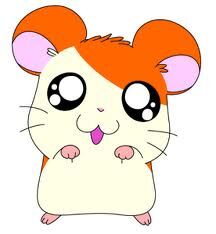 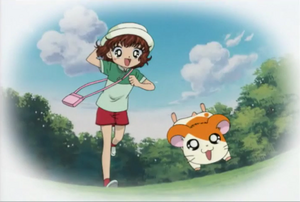 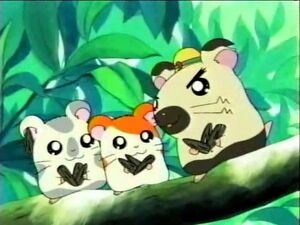 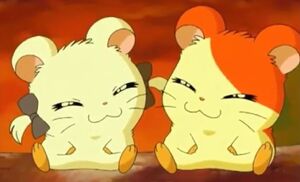 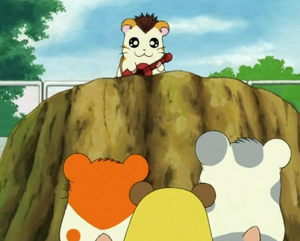 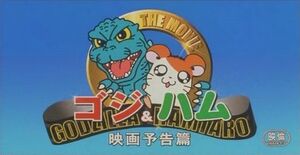 Godzilla and Hamtaro
Add a photo to this gallery

Retrieved from "https://hero.fandom.com/wiki/Hamtaro?oldid=1976755"
Community content is available under CC-BY-SA unless otherwise noted.