Heroes Wiki
Register
Don't have an account?
Sign In
Advertisement
in: Romance of the Three Kingdoms Heroes, Male, Military,
and 57 more

Military Warrior
Han Dang (Chinese: 韓當) is a character in the 14th-century Chinese classic novel Romance of the Three Kingdoms by the late Luo Guanzhong, and its multiple adaptations. He is one of the generals of Sun Quan.

Before the Yellow Turban Rebellion, Han Dang served under the warlord Sun Jian as an officer, the two were joined by Han forces against Zhang Jiao. After Zhang Jiao's death, he believed that he would rebel against Dong Zhuo's army while accompanied by his lord, Dong Zhuo was readily provoked by his enemies for no more. Han Dang is a one who can archery, riding, smashing, and others as well, he was appreciative of Sun Jian, followed him around the conquest and several times of adventurous disasters. The errand of Sun Jian, Cao Cao, and Yuan Shao's imminent assassination of Dong Zhuo has failed, Han Dang was delimit to believe in Sun Jian's complexity and therefore overlapping this fables and letting them redistribute of the next battle coincides with the victory.

Dong Zhuo escaped to Luoyang and later Chang'an after being defeated by the Han forces, Sun Jian was dooming to received the Imperial Seal and restore Luoyang since he serving the tyrant Yuan Shu. At the Battle of Xiangyang, Yuan Shu appointed Sun Jian to fight Liu Biao as making another opportunity, Han Dang and Sun Jian saw that the flag had fallen as they wants before the war. Sun Quan, Sun Shangxiang, and Sun Ce are comes to discuss with their family and started fights with Liu Biao's forces. When Han Dang attacked the enemy forces with Wu, Sun Jian was pursuing Liu Biao's subordinate Lu Gong and was ambushed by the enemy. Sadly, Sun Jian was shot dead with an arrow in the battle, Han Dang would be bitter and miserable when he saw him. Since the result, he should mourn him with the Sun family.

After Sun Jian's death, Dong Zhuo was assassinated by Lu Bu after he continuing to seize the Han capital. The Sun family tried to be a loyal vassal of Yuan Shu, Han Dang tells with Cheng Pu and the two served as Sun Ce's commissioned generals. When he followed Sun Ce into the conquest of the Danyang, Wu, and Kuaiji districts, located south of the Yangtze River, and rose to the rank of colonel. Han Dang participated in numerous conflicts, including those between Huang Zu and Lujiang Grand Administrator Liu Xun, and then fought the Shanyue people in Poyang County. Favorable to the resistance against Cao Cao, at the Battle of Chibi, Han Dang also supports the vanguard with Jiang Qin during the attack on the Three Rivers, notably killing Jiao Chu and commander the first naval squadron to support Huang Gai, to whom he saves his life.

Subsequently, he was promoted in the later years, Lieutenant-General and Grand Administrator of Yongchang, because of his contribution to Nanjun's victory over Cao Ren. But later on, he was participated in the Battle of Ruxukou, Han Dang participated in the successful against Guan Yu, north of the Long River. At the Battle of Yiling, Han Dang commands an army and helped Sun Quan to overthrow the enemy forces, much like Zhou Tai, he is reluctant to face Lu Xun's plans, Zhu Ran jointly defeated Shu forces. When Cao Zhen is tried to attacked Nanjun, Han Dang led the army to the southeast and Wei troops has keep moving to defeated Liu Bei. Inspiring his captains and soldiers in battle while respecting his superiors whose orders he follows to the letter, he won the favor of Sun Quan.

Shortly after the Danyang rebellion, Han Dang died of illness. Although his body was stayed here, his wife and family were taken to Cao Wei when his son Han Zong is also surrendered. Han Dang's female relatives and sisters were married to their subordinates by Han Zong as a tool to win over. 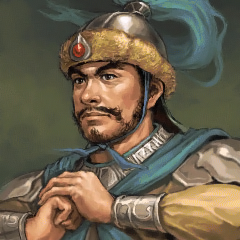 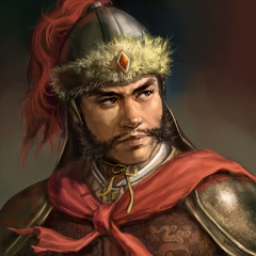 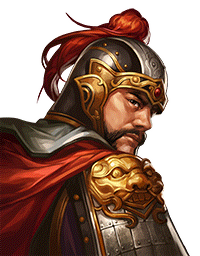 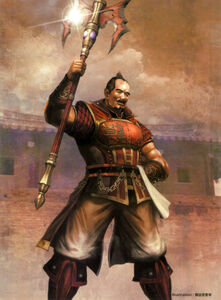 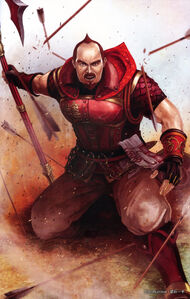 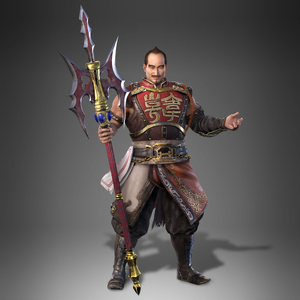 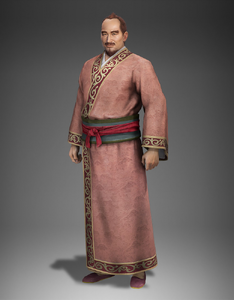 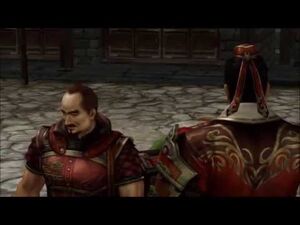 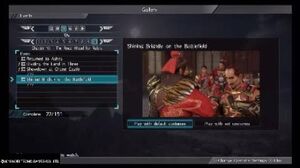 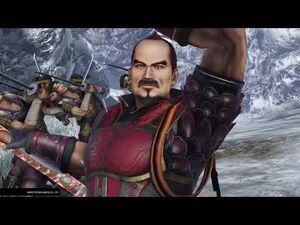