Drinking beer in the ally with his friends

Henry Rutherford "Hank" Hill (born April 19, 1953) is the main character and protagonist from the animated show called King of the Hill. Hank, who is 6'2" tall and weighs 215 lbs., is part of a middle-class Texan family which consists of not only himself, but his wife named Peggy, and their only son Bobby. He is often seen hanging out with his three pals, Dale, Bill, and Boomhauer, or at his work dealing with propane. His father is named Cotton Hill, who is a perverted, loud, and short-tempered old man who lost his shins during WWII. Occasionally, he works at Strickland Propane as the assistant manager and also hangs out with his friends Dale, Bill, and Boomhauer standing by a fence while drinking beer.

Hank is a tall and pot-bellied man with has brown hair, peach-pale skin and brown eyes. He wears a white-shirt, blue jeans and brown timberlands. He also wears a watch on his left-hand and glasses. 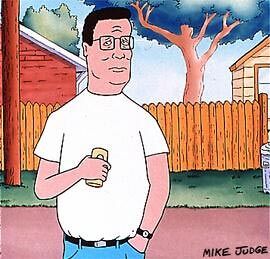 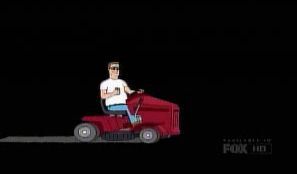 Hank Hill in "The Cleveland Show". 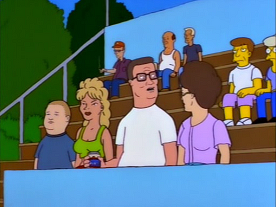 Hank Hill in "The Simpsons". 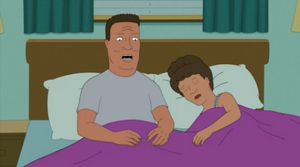