To help his friends in every adventure

He was also one of the original characters from the comics, and the pilot episode.

He is voiced by Justin Shenkarow in show and movies.

Harold is the bully of the group, although his bark is usually worse than his bite. Thick-set and unintelligent, he is a few years older than the rest of the Arnold cast because he was moved back a grade in school several times. Harold is also known to eat a lot, as especially exhibited in the episode "Weighing Harold", in which he puts on an enormous amount of weight.

In the episode "Harold the Butcher" it is revealed that Harold has a deep love for meat products. Harold's distinctive features are his considerable stomach and giant misshapen tooth. In some episodes, Harold has yellow eyes, although they're white in the show's opening. He is usually seen with Stinky and Sid.

Harold is portrayed as something of a backstabber. One day he is the characters' ally and the next he taunts and bullies them. Harold often gloats of his own intellectual or physical superiority, though usually seconds later he proves himself wrong or is shown up by another character. Despite his frequent posturing, he is also easily frightened and/or upset, and frequently cries, "mommy!", among other things, while running away or wanting to escape from a situation. Harold also has a budding relationship with Patty Smith. He is of the Jewish faith, as revealed when he invited the other students/friends to his Bar Mitzvah (his Hebrew name is Chaim.)

Harold is portrayed as tough, but is occasionally shown having a sensitive side (though he denies it in public.) He may also not be as unintelligent as he leads himself to believe. His attendance at the fourth grade, despite his age of 13 years, appears to be strange due to various facts: Harold is seen during several flashbacks dealing with kindergarten events of Arnold's age-group. Being in the same preschool class with the other kids, Harold had to be held back from kindergarten. Considering that Harold might be in fact highly intelligent, this seems to be even more implausible. Others seem to take his age in stride while they make a big deal about Torvald being a 4th grader even though he's the same age. In "The Aptitude Test" an accidental mix-up in test results suggests he may be a genius (rather than Helga, who got his pathetic test scores in exchange), resulting in him striving to remain true to this fact. However, neither before, nor after the events of this episode, does Harold show any outstanding intellectual skills.

In the episode Suspended, Harold hates school so much that he tries get out of school and gets suspended from School for a week by Principal Wartz for calling him a stupid dork, and thinks the punishment is a vacation, but he tries to get back to school somehow and Wartz extends his suspension longer, until he couldn't take it anymore and Wartz punished him enough and lifts his suspension to let him go back to class. 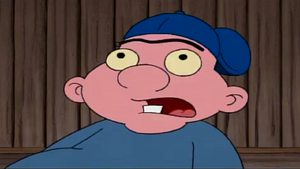 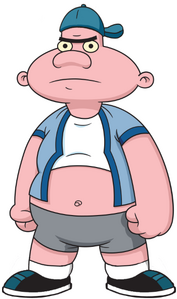 Retrieved from "https://hero.fandom.com/wiki/Harold_Berman?oldid=2264494"
Community content is available under CC-BY-SA unless otherwise noted.