Coming his past a secret.

Harry Harris is one of the deuteragonists in The House of the Dead 2. an AMS agent, and the partner of Amy Crystal. He was sent with Amy to back the AMS agents, and lead the path to the citizen's evacuation in the zombie-infested city of Venice in Italy.

He is first mentioned by G at the beginning of the game's first chapter, he then appears with Amy after James and Gary defeat Judgment. He appears again along Amy near Sunset Bridge or on a motor boat with Amy (depending which path the player takes) before and after James and Gary face Hierophant.

They then board a motorboat to another part of the city along the riverside. On the way, and right before Chapter 3, Harry explains that the mastermind behind the infestation is Goldman: the head of one of the most eminent financial groups and an expert in genome theory. Shortly afterwards, Amy gets a call from the AMS headquarters, saying that Goldman called and said he would be waiting at the coliseum at the side of the city. Though Harry clearly states that it could be a trap, he nevertheless insisted they go on anyways.

James and Gary disembark the boat shortly thereafter, once again parting ways with the others and continue on their way via another route through the sewers. Some time after this, after battling The Tower, Amy calls James and Gary saying that they're in a serious state as something terrible is happening on their end, only for the call to be cut short by their attacker, the monstrous behemoth, The Strength.

At the end of Chapter 4, James and Gary finally make it to the Colosseum and briefly find themselves face to face with Goldman via a giant TV screen. He ends his broadcast by directing the two agents attention to a giant cage emerging from the ground, where Amy and a wounded Harry are trapped inside with Strength. After the ensuing boss fight (resulting in Strength's death), James and Gary approach a wounded Harry, who tells them the location of the building where Goldman is waiting as well his car which they can use to get there. After James and Gary leave, he doesn't appear again, unless/until the default ending - where G, Amy, Harry, and a group of civilians greet the two agents after they exit Goldman's building. Also, in the good ending, Thomas Rogan mentions that G and Harry are alright.

In the good ending, Rogan states that both Harry and G are alright, thus making him officially Saved by Canon for the rest of the game. However, he does not make future appearances in other games. 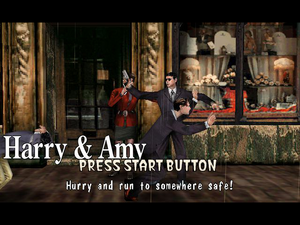 Amy and Harry as seen in the intro of the game. 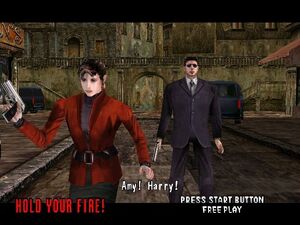 Amy and Harry meeting up with James and Gary. 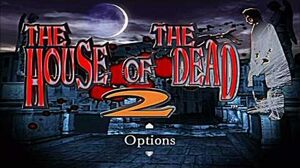 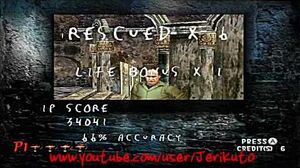 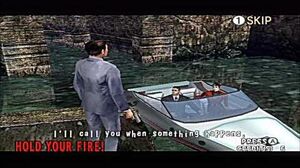 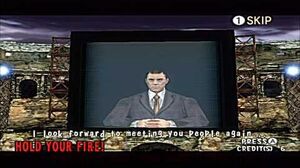