Change her father's heart.
Ensure her marriage to Sugimura gets cancelled.
Take down Masayoshi Shido. (all succeeded)

Haru Okumura, also known as Noir, is one of the main characters and party members in the video game Persona 5. She is a third-year student at Shujin Academy and the only daughter of Kunikazu Okumura, the fifth major target of the Phantom Thieves of Hearts.

She initially joins the group to change her father's corrupt heart, though it's soon revealed that her utmost desire is to get out of her arranged marriage with her abusive boyfriend. Her initial Persona is Milady and her Ultimate Persona is Astarte.

Haru has chin-length curly light auburn hair and brown eyes. She is of average female height, being taller than Futaba, but shorter than Ann and Makoto.

She wears her winter school's uniform modified to her taste; a pink turtleneck cardigan with short puffed sleeves and a long-sleeved white shirt underneath. The cardigan is zipped open up to her navel, and has two large pockets on the front. She wears the standard black and red tartan skirt, white tights with a black flower pattern and black Mary Jane shoes.

Her summer school uniform retains her skirt and shoes, but she wears a light purple knitted sleeveless turtleneck sweater with a dark purple ribbon around her waist and white loose socks.

Her Thief outfit consists of a dark purple cavalier hat with a feather plume tucked into a royal purple hatband, a long-sleeved pale pink blouse with a white neck jabot (held there by a red gem pin), a black corset vest with gold buttons, bloomers that match her hatband, black pantyhose, a holster belt carrying ammo and lace-up pumps. Her mask and gloves are black and violet, respectively.

In Persona 5: Dancing in Starlight, her outfit resembles a ballerina. It consists of a black corset with puffy bright pink short transparent sleeves, a white tutu under her Shujin Academy skirt, white tights and black ballet shoes with heels. She also wears black lace gloves with a matching choker and a red ribbon tied on top of her head.

Haru is generally a very shy and reserved girl.

At school, she is viewed as eccentric due to her tendency to keep to herself and avoid contact with others as much as possible. She has serious trust issues, finding it difficult to differentiate between who truly values her as a friend, and who merely wants to use her for her family's status. This is due to her past, where not only friends, but adults and teachers would be kind at her just to please her father and smiled at her for their own personal gain.

Despite this, Haru is an incredibly kind-hearted girl; she becomes fast friends with all of the Phantom Thieves, and is the only member of the group Ryuji doesn't argue with on a regular basis. She can also be very awkward, as shown when she first introduces herself to the others as "Beauty Thief", and forgets parts of the script she had rehearsed with Morgana, to the point of saying "We will take the Treasure." twice in a row, much to Futaba's ire. She later explains that she was trying to be a "heroine of justice", having grown up admiring female superheroes she watched on TV. She loved them for always fighting to protect others and being happy, desiring to be just like them someday.

At first, Haru is reluctant to team up with the other Phantom Thieves, saying she can't cooperate with people who don't know what they want to do, and calls them out for turning their backs on their own teammate when their goal is supposed to be to help the weak. After her real desires are brought to light, however (namely, to get out of her arranged marriage with her abusive fiance), she changes her mind and decides to team up with the Thieves to change her father's heart. Despite this, she is initially still reluctant to oppose her father, and as a result hasn't fully awakened to her Persona, though this changes once she learns that her father has no illusions of the kind of man her fiance is, and declares that she is no longer his "subservient puppet." Afterwards, she decides on the codename "Noir" (the French word for "black"), to remind herself that she is operating on the darker side of the law despite her desire to be a heroine of justice. As such, she is rather surprised to discover that the others decided on their codenames based merely on how their outfits look, when she had created such an elaborate backstory for hers.

Initially, Haru acts and behaves very formally towards the group, believing that it's her responsibility as the newest member of the team. After being told that whether or not she's new doesn't matter to them, however, she loosens up and becomes much more casual; she calls Makoto "Mako-chan" because Makoto is the first friend of her own age she's ever had (this initially catches Makoto off-guard, but she soon considers it refreshing since Haru had been excessively formal early in the conversation). She calls Morgana "Mona-chan" both in and out of the Metaverse and uses affectionate honorifics for everyone (-kun for boys and -chan for girls). It goes both ways, as she dislikes the younger members of the group calling her "Senpai" and asks for them to just call her "Haru," a trait she shares with Makoto.

In her spare time, she enjoys tending to her garden, as well as growing vegetables on the roof of the school. She claims that vegetable-growing is the only thing she's honestly good at, and becomes delighted when she learns that her hobby can prove useful to the Phantom Thieves' activities. Besides gardening, she also enjoys horror movies. Despite her gentle personality, she admits she feels excited when Shadows beg for their lives, that cutting down enemies as they approach is a thrill, and that she sees combat as a form of stress relief, hinting she is somewhat sadistic. Also, after a battle, Haru may say something along the lines of, "Phew, I need more of that!" and despite saying that she gets nervous before combat, she always wants to do it again afterwards. Her sadistic streak is enough to freak out Makoto, who's well-known among the group for her vicious temper and tendency to take her anger out on Shadows. This sadistic side is further shown by the fact that if the protagonist cheats on her in Valentine's Day, she will express her anger with an eerie smile on her face, saying that he can enjoy her chocolate before she crushes it.

As someone who had her entire life planned out for her before the death of her father, Haru has grown to appreciate just about any freedom she can get, claiming that having the freedom to go out shopping, as opposed to just doing it online, is "a luxury in itself." Additionally, despite the fact that she has been forced to do whatever people wish of her, Haru is very empathetic and can easily see how easy her life is in comparison to the average person, and she that really is luckier than everyone else to be born as rich as she is. As such, she shows prudence and an honest recognition of when she'd just get in the way. 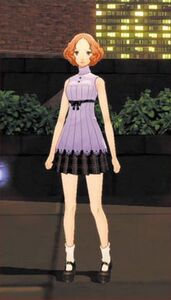 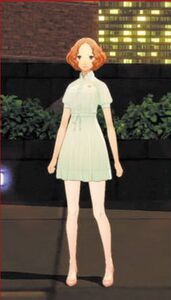 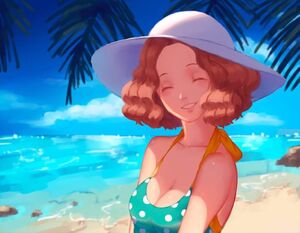 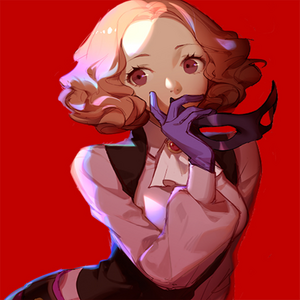 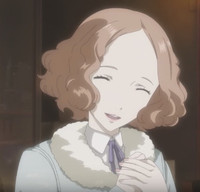 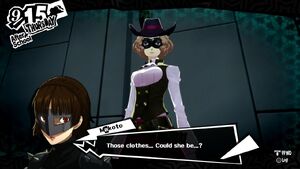 Haru introduces herself to the Phantom Thieves 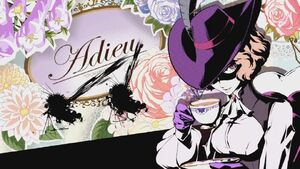 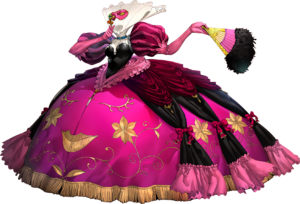 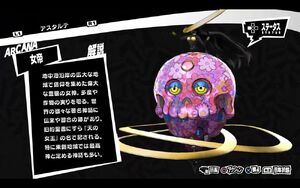 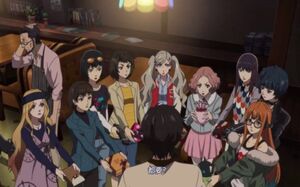