Leader of the Canard Guild

Hanging out with Shino

Get back to the real world

Secondary Main Hero
Haseo player has actually been in the series a while. He was originally the PK Sora from the series .hack//Sign, but fell into a coma from the events in the series. After regaining consciousness, he eventually started playing "The World: R2" as Haseo and was PKed by Iyoten and Asta his first time logging in, though Ovan stepped in to save him. Shortly after that, and with persuasion from Shino, he joins Ovan's guild "Twilight Brigade". He and Shino become friends, though with Shino's single-minded quest to find Ovan in Roots (and after Redemption) it is questionable whether the relationship was one-sided.

Haseo's appearance changes drastically in his third form (he is quoted as looking "awesome" by Silabus and Gaspard after completing the Job Extension quest). The bronze-plating components are now gone, in their place being spiky black and red-gradient tipped protrusions littered all over his armor. His torso and abdomen are now once again no longer covered by armor, now covered by a tight, leathery purple piece with a red tattoo on it, akin to his initial 1st form. His facial marks are two curves on his cheeks, each with multiple juts coming out as they run down his face, likening to scars. In this form, he gains the ability to use his Flick Reaper job, Weapon Change, and Skeith the 2nd.

Haseo is a cold person, but holds a soft spot for Shino. He finds it hard to get close to people. Though not as warm, he is a great leader and is willing to risk everything for his friends. When Shino was attacked by Tri-Edge, he stopped at nothing to find out what happened to her and tried get his revenge. As he progressed, Haseo learned to trust his new friends and grew as a person. Also despite his profession as the "Terror of Death" in Roots, Haseo hates rumors and forums, disdainfully calling it "idle chatter". His preferred sources for information are PKs and "professional victims" like Bordeaux and Midori, respectively, as they are far more likely to encounter the mysterious PK, Tri-Edge, than the rumor-mills on the BBS.

Haseo's player, Ryou Misaki (三崎亮), is a sophomore student attending a famous private high school. He lives alone in Tokyo, and his dad owns a major company. He visits Shino, who is in a coma, at the hospital everyday. He decided to play The World R:2 after talking to a friend who used to play its previous version, The World. He was once the player behind Sora, but lost all memory of it and The World after being Data Drained by Skeith. Meanwhile his character data continued on as an AI and eventually reunited him as Skeith.

In his first adventure in The World R:2 Haseo was saved from a group of PKers by a player named Ovan. On the advice of a player named Phyllo he decided to join Ovan's Guild Twilight Brigade and was introduced to its other members, including fellow newbie Tabby and Ovan's co-leader Shino. The Brigade soon found itself in a struggle with another Guild named TaN. Haseo, who was close with Tawaraya a high ranking member of TaN tried to help the situation, but it was no use. Tensions between the two Guilds reached a peak at the Coite-Bodher Battlefield, where the Brigade fought against TaN in a fierce battle. Though the Brigade succeeded in driving off TaN's forces, Ovan mysteriously vanished during the fight.

Without its leader the Brigade soon collapsed. Haseo decided to remain with Shino, who he'd developed feelings for. The two began to grow closer, but without warning Shino was forcibly taken away from him. The culprit was an infamous PKer named Tri-Edge. He had PKed Shino while she was alone at the Hulle Granz Cathedral and somehow had placed her into a coma in reality. With only his name and a short description to go on, Haseo began to hunt Tri-Edge, hoping to find a way to bring Shino back.

Wanting more power, Haseo entered an event known as the Forest of Pain. At the center, a brief encounter with Harald Hoerwick gave his character tremendous power. With this power he began ruthlessly hunting PKers, acquiring the title "The Terror of Death" after killing 100 PKers at once. Eventually he succeeded in finding Azure Kite, who he thought to be Tri-Edge, but was defeated by his Data Drain attack. His character was reformatted and sent back to level 1, forcing Haseo to start all over again.

Haseo makes various appearances during .hack//CELL. During the events of the story, Haseo is already known as "The Terror of Death" and has several encounters with Midori, pressing her for information regarding the PK Tri-Edge.

Haseo has a short cameo in GnU when several of the characters spy on him having a secret meeting with Ovan at the Arche Koeln Waterfall.

Haseo makes an appearance in Project X Zone 2.  He is a playable character who is partnered up with Kite. 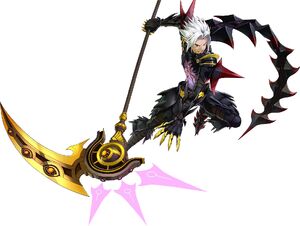 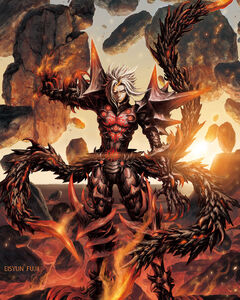 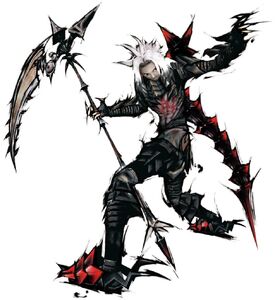 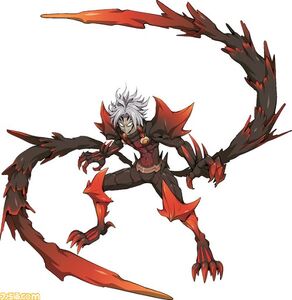 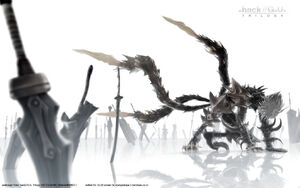 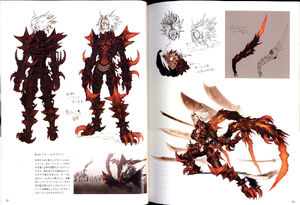 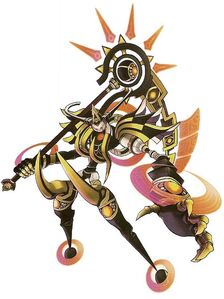 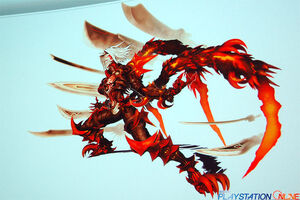 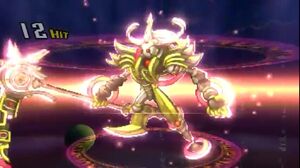 Project X Zone 2
Add a photo to this gallery

Retrieved from "https://hero.fandom.com/wiki/Haseo?oldid=1979341"
Community content is available under CC-BY-SA unless otherwise noted.