Hatate Himekaidou is a crow tengu heroine from Touhou who, like her rival and colleague Aya Shameimaru, also specializes in taking pictures. She is a tengu reporter, just like Aya, who makes a newspaper called "Kakashi Spirit News". Unlike Aya, she never goes outside for her newspaper research. Instead, she uses her ability called spirit photography. After reading Aya's Bunbunmaru Newspaper, she decided to observe Aya's way of gathering for her articles.

Hatate is a girl with brown eyes, and long brown hair in pigtails with purple ribbons. She wears a white shirt with purple trim on the collar and a thin black tie, a black band around one arm, a purple tokin, a skirt in black/purple checker pattern with a floral pattern on the purple, a small brown pouch on her hip, thigh-high black socks (which are rolled down just below her knees), and red geta sandals with burgundy-purple straps. She carries a camera, looking like a modern cell phone, with a yellow/dark yellow checker pattern, a heart on it, and a brush hanging from it like a charm. 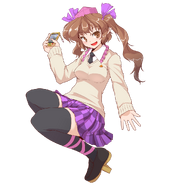 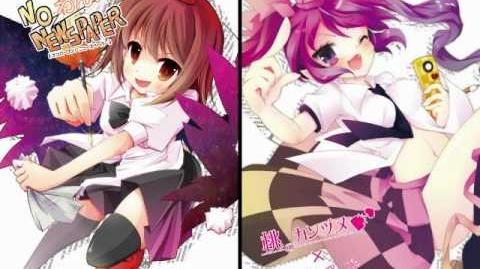 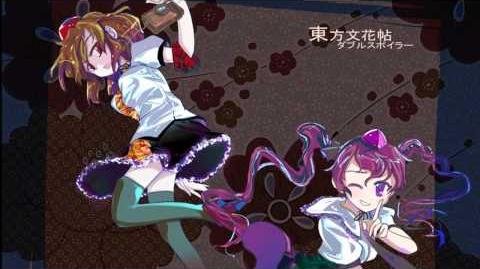 Retrieved from "https://hero.fandom.com/wiki/Hatate_Himekaidou?oldid=1658082"
Community content is available under CC-BY-SA unless otherwise noted.