To be completely popular (succeeded)

Hatsune Miku, aka Miku Hastune, is a Vocaloid who was introduced in August 2007. Miku is a singing humanoid synthesizer, who debuted in Yamaha Corporation's VOCALOID2. She is voiced by the voice actress, Saki Fujita. She is able to sing in Japanese, English and Chinese.

In Miku's default form, she has teal eyes, along with long teal twin tails. Her outfit is a collared grey shirt, with a small teal frill around the hem. She also has a teal coloured tie, matching her eyes and hair. Along with that, she also has a short black skirt with a teal part at the bottom all around.

Her hair is kept up by two futuristic ribbon like things made of a special material that floats in place, so they don't have to touch her hair.

Hatsune Miku is usually seen as a carefree and cheerful-hearted girl who is very good at singing. Although, she is heroically popular. She attends a lot of good things with her good friends like KAITO and other heroic Vocaloids, who have been friendly to her.

Made by other producers

By Vault Kid and Flanger Moose

In addition to all her original songs, Miku has appeared in a cameo role in a number of recent anime productions, including Baka and Test where she is in Class B in Episode 11. Miku appears as a playable character in the anime crossover mobile game Jump Force TCG.

Miku also appears as one of the major recurring characters in the Shinkalion anime series, designed and named after the VOCALOID of the same name, but with a different spelling (初音 versus 発音). This Miku, much like her counterpart, is a Sapporo citizen and canonically 11 years old (around the same age of the voice bank at the time), but does not share VOCALOID Miku's canon backstory (Rin, Len, Luka, Meiko, and Kaito made brief cameos in Episode 15, Miku’s debut episode. Rin and Len also cameo in Episode 52). She pilots Shinkalion H5 Hayabusa. She wasn't strong enough to deal with final villains like Kairen and Black Shinkalion Ogre. She also made major recurring appearances in the Shinkalion anime film.

Miku will appear as the main protagonist of her very own upcoming anime series and webcomic developed by Crypton Future Media. 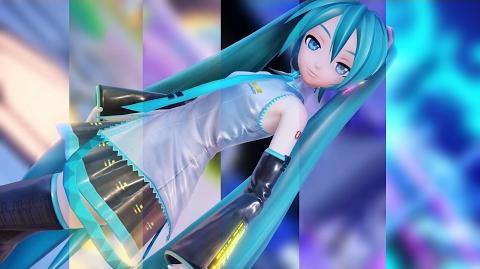 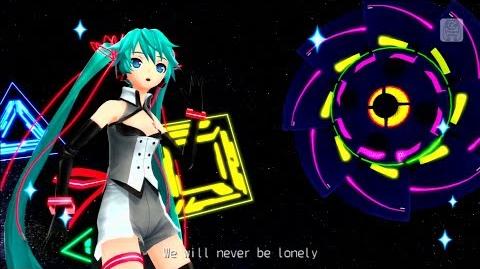