He is voiced by Troy Baker.

At one point, Hawkeye teamed up with Spider-Man and his allies. Hawkeye responded to the Avengers Protocol sent out by Iron Man, alongside Black Widow, Hulk, Falcon, and Thor. He was given the call while stopping the Frightful Four during a heist the group had orchestrated and initially believed Tony's signal to be some type of prank. Once learning that it was legitimate, he joined the rest of the Avengers sans Black Widow and Falcon, mocking Iron Man's referrals to himself as the leader and learned of the apparent death of Captain America. He accompanied the Avengers to thwart Red Skull, though on the Quinjet it became apparent that his bantering with Hulk would slow the group down. Once the team started to fight against Red Skull's men, he was thrown away from the rest of the team by Hulk, landing him in front of a group of the men, who he lied to and said that he was not affiliated with the Avengers.

Black Widow saw him while he laid in front of the agents and joined the team in fighting against the men. Shortly after her arrival, Hawkeye expressed some interest in her once she talked and was separated from Iron Man, once he went to confront Red Skull on his own. When Hulk saved him, the latter requested that he thank him. However, he was struck across the brow, which left Hawkeye to again make fun of him. With Captain America being revealed alive and having his body swapped with Red Skull's, Hawkeye assisted him in trying to get his body back from the villain. Once that was accomplished, he tried and failed to stop M.O.D.O.K. from removing Iron Man's armor and his arc reactor and putting it on Red Skull.

While a monster raged through New York, Hawkeye remarked over Iron Man's comment on the situation being typical for their group. Hulk had previously missed out on eating breakfast, a fact that Hawkeye had to explain to Falcon once he expressed confusion in why their teammate was so grumpy. Despite some correlations between both him and Captain America, the two failed to stop Hulk from breaking their jet's door for the second time. As Hulk engaged the beast, it retreated, which led him to realize that it was scared. Confused, Hawkeye questioned him and learned along with the rest of the team what the monster was afraid of, that being a large tidal wave coming their way. As Attuma revealed himself and his men, Hawkeye engaged the minions alongside Captain America. He pieced together what was not adding up, being that of Attuma's statement implying that they had come looking for a fight while the men themselves were running away.

Cocky, quick-witted, arrogant, and impulsive, it is quite hard to imagine someone like Hawkeye being part of the Avengers due to his more negative aspects, like his brashness, smart mouth, childishness and frequent attempts to pull pranks on his teammates. However, he frequently sacrifices himself for others, showing that underneath that arrogant exterior, there's a heroic and selfless man. He's also quick to point the problems in a situation, as seen in Head To Head, where he's the first to realize that fighting like they're the person they've switched minds with would help them. He dislikes Ant-Man for a time before he drops his grudge against him for the incident with the Circus of Crime. He also deeply regrets his past as a member of the Circus of Crime and even hides this detail of his past from the Avengers for a time. In Under Siege, it was shown that he makes his arrows, spending entire days in the lab to perfect them, showing a slight glimmer genius intellect. He also seems to have a strange liking for pickles and gets angry whenever Hulk eats them all. 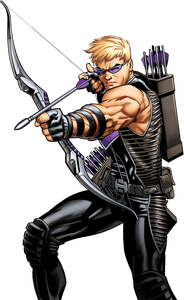 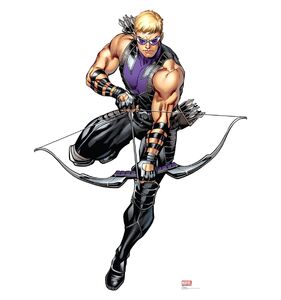 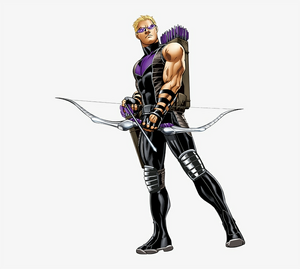 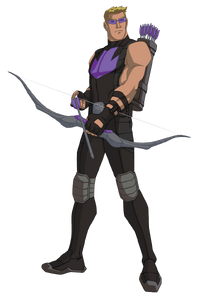 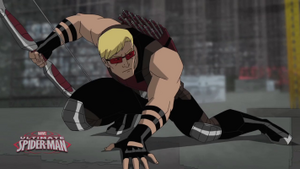 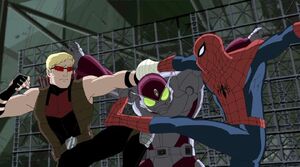 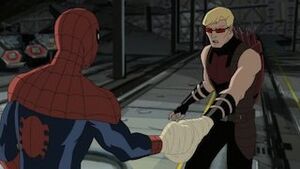 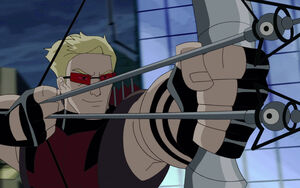 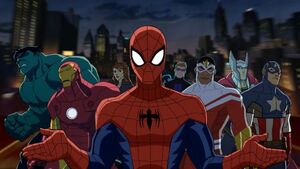 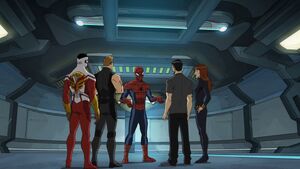 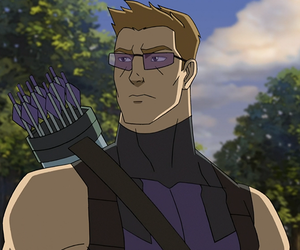 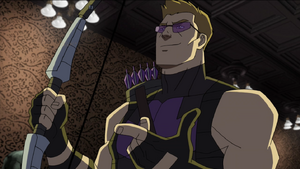 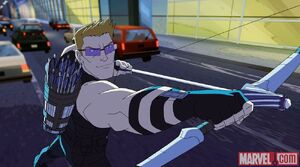