Hawkman (real name Carter Hall) is a fictional character from DC Comics. He first appeared in Flash Comics #1 in 1940. He can fly and has a weapon that he can swing. He is also a member of the Justice League, a founding member of the Justice Society, and partner of Hawkwoman and The Atom (Ray Palmer).

He was created by Gardner Fox and Dennis Neville.

Falk Hentschel plays Hawkman in Arrow, The Flash and DC's Legends of Tomorrow.

Hawkman was originally an egyptian prince named Khufu, who had a spouse named Chay-Ara, Khufu feuded with Egyptian priest Hath Set who was later responsible for their deaths, (but because they were killed by an Nth Metal weapon with special properties, instead of going to the afterlife, both him and his lover were instead reincarnated). He was brought back as Carter Hall (who is an Egyptian archaeologist), whilst his lover was reborn as Shiera Sanders. Upon uncovering the ancient knife and Hastor being Hath-Set's reincarnation, Carter regains all of memories of his past live and recognizes Hastor as the priest that killed him and his spouse.

Sometime after, Carter dons the Nth Metal harness that allows him to fight crime as Hawkman, and at one point confronted the reborn evil priest that captured Shiera who he realizes as his reborn lover, after Hastor's defeat the two begin a romance.

He later becomes a charter member of the JLA and becomes the permanent chairman, while Shiera adopts the identity of Hawkwoman and fights alongside him and participated in various missions together.

Hawkman is characterized as being fierce tempered and adamant, though due to his reincarnation, his personality varies from being a savage barbarian to a level-headed gentleman (he finds it troublesome to balance the two,) though either way, his Hawkman persona is considered the same regardless.

He is shown to be a staunch conservative, often quarreling with the Green Arrow (who is a liberal). He also takes his duties seriously and will try to complete it.

He has special feelings for his reincarnated soul mate Hawkwoman (and the feeling is mutual,) the two are usually seen together either as partners, love interests, spouses. Often fighting side by side, and risking their lives for one-another. Because of this, the two both are able to recollect memories of their past lives together. 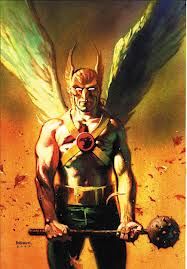 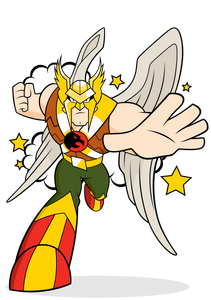 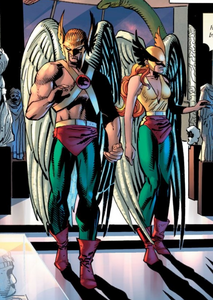 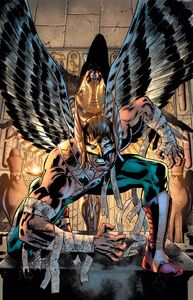 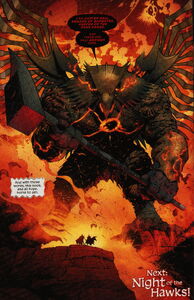 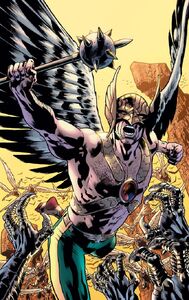 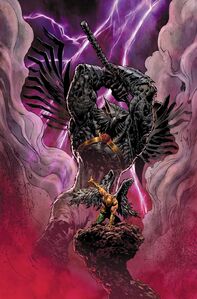 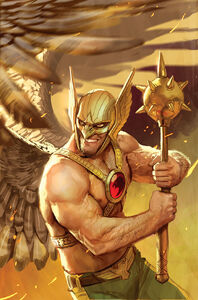 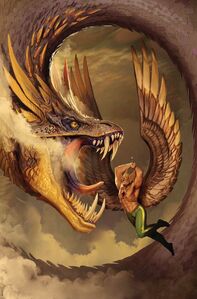 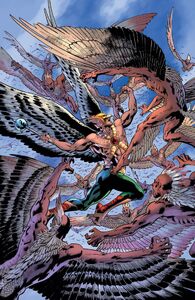 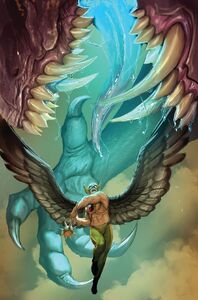 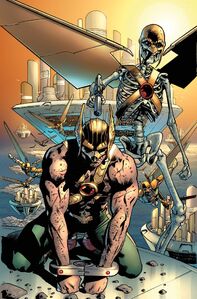 Hawkman with the Justice League. 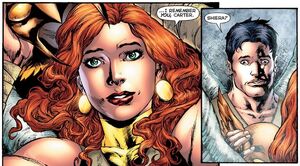