Millions of years ago.

The Hayabusa Ninja Clan (隼一族, Hayabusa Ichizoku, Peregrine Falcon Clan) is a ninja clan whose leader is the might Dragon Ninja known Ryu Hayabusa and a protagonistic faction in the Ninja Gaiden series.

The Hayabusa Ninja Clan was founded by the Dragon Ninjas, warriors descended from the Dragon Lineage bloodline.

Since ancient times, the Dragon Ninja had inhabited the Forest of Shadows around Mt. Fuji, near the place where their ancestors had sealed away the Archfiend millenias ago. The Dragon Ninja stayed here to safeguard the world from the fiends, occasionally vanquishing malevolent supernatural forces who haunted the forest.

The Dragon Ninja had a long traditions of inheriting and passing on the sacred Dragon Sword through the generations, while the Shrine Maidens specialized in safeguarding ancient relics such as the Eye of the Dragon and the evil Dark Dragon Blade, keeping it's dark powers sealed.

In the later 16th century, the great Daimyo Oda Nobunaga, as powerful as he was, still feared the supernatural creatures that dwelt in the eerie forest of shadows at Mt. Fuji. He had heard of a group of ninja warriors who had battled these supernatural beings since ancient times, and though he had decimated the ninja of Iga province earlier, he sought support from the Hayabusa Ninja clan. Oda met with Shunden, the leader of the Hayabusa Ninja clan. After this legendary meeting, the two shook hands and Oda ordered the Castle of the Dragon's construction. Giving the Hayabusa Ninja clan a nearly impenatrable base, from which they can stare down evil.

This attack left many of the village children orphaned.

Six months later the Hayabusa Village was rebuilt after Doku's raid during the Dark Dragon Incident, however it was eventually invaded again, but this time by the Black Spider Ninja clan. The raid however failed, as it was repelled by Ryu Hayabusa and other members of the Hayabusa Ninja clan.

The Black Spider Ninja clan made a second raid 6 months later, lead by Genshin, they raided the village and the Castle of the Dragon, killing many of the Hayabusa Ninja and wounding Joe Hayabusa. Their attacks were initially repelled due to the efforts of Ryu Hayabusa, though later on they continued their attack, taking Sanji hostage in hopes of luring Ryu into a trap. The perpetrators of this plot, the Tengu Brothers, were promptly thwarted by Momiji.

The Hayabusa Ninja clan is a very "loose" society that is mainly governed by the few Master Ninja of the clan. Though the Master Ninja have the final say on leadership, they are also Dragon Ninja and as such are more concerned with worldly matters. The Master Ninja can be away from the clan for a lengthy period of time, as a result the daily affairs of the clan are mainly ran by the ninja villagers. There is rarely a conflict due to the tight nit kinship among clan members, and their relative small population when compared to the other larger and stricter ninja clans such as the Black Spider Ninja Clan and the Mugen Tenshin Ninja Clan. With such a small number, each member of the clan is seen as significant, and their contributions to the clan are easily noticed.

The Master Ninja of the clan are well respected and highly revered by the villagers, as they are often the main defence of the clan in times of peril, and tales of their exploits fill the village ninja with a sense of honor and pride. As the everyday ninja villagers are tasked with the everyday affairs of the Village, the Dragon Shrine Maiden are tasked with safeguarding the ancient relics, including sealing the dark powers of evil relics. However in such a loose society there are few repercussions for acts considered taboo in other ninja societies that would normally result in death, as in one case where a former clan member was free to leave the clan and start up his own within an earshot of the Hayabusa Village.

The Hayabusa Ninja Clan are in good relations with the Mugen Tenshin Ninja Clan, neutral with the Shadow Ninja Clan, mortal enemies of the Black Spider Ninja Clan and are in close relations, due to their bloodline, with the Yamabushi and the Tengu. 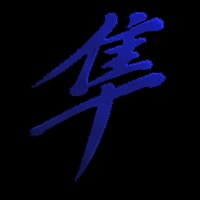 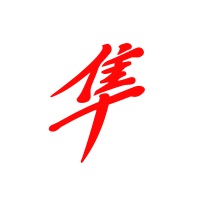 Add a photo to this gallery
Retrieved from "https://hero.fandom.com/wiki/Hayabusa_Ninja_Clan?oldid=1625610"
Community content is available under CC-BY-SA unless otherwise noted.