Protect humanity from Shocker and other terrorist organizations.

Hayato Ichimonji (一文字 隼人) is Kamen Rider # 2 (仮面ライダー２号, Kamen Raidā Nigō), is the secondary protagonist of the 1971 Japanese Tokusatsu Television series Kamen Rider, the first in the famous Kamen Rider franchise of Tokusatsu programs. Like Kamen Rider 1, is a Motorcycle-riding cyborg Superhero modeled upon a grasshopper.

Born 10 October 1949, Hayato Ichimonji is a free-lance photographer, kidnapped by the organization Shocker in order to become a reconstructed human able to fight the deserter Takeshi Hongo, aka Kamen Rider. In Shotaro Ishinomori's original manga, Hayato was born and raised in a fishing village in Hokkaido, which became the setting of one chapter. In Shin Kamen Rider Spirits, the first chapter reveals how he first met Hongo and was investigating Shocker by numerous victims, where his sources tell him that Hongo is Kamen Rider #1. After Hayato witnesses Hongo transform he gets a call from his friends who were being attacked by Shocker kaijin and decides to help them. He reveals that he is a sixth degree black belt in Judo and a fifth degree black belt in Karate. Doctor Shinigami took an interest in him after he managed to hurt one of the kaijin, which set course to him becoming "The Next". Before Shocker scientists had a chance to brainwash him, Hongo appears and saves Ichimonji's sanity. Hongo leaves Japan to fight Shocker branches overseas, and Ichimonji becomes his successor as Kamen Rider, protecting Japan from Shocker's actions.

Some time later, Takeshi Hongo returns to Japan and fights alongside Ichimonji. Now, Hongo is known as Kamen Rider 1 and Ichimonji, Kamen Rider 2. The pair is occasionally called "The Double Riders". With Hongo back, it's Ichimonji who now leaves Japan for training in South America. Near the end of the series, Rider 2 is back to help Rider 1 to defeat Gel-Shocker, Shocker's new denomination.

The original manga gave an in-depth analysis of the entire schematics used by Hongo, Ichimonji, and the Shocker Riders. 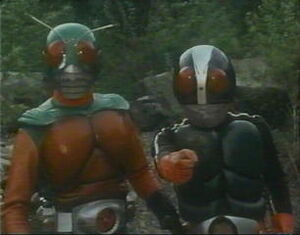 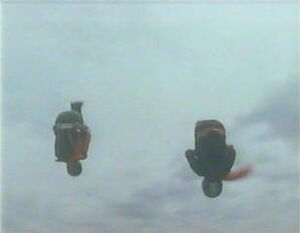 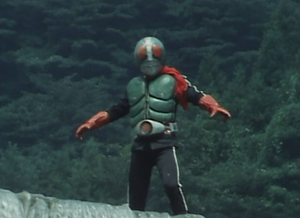 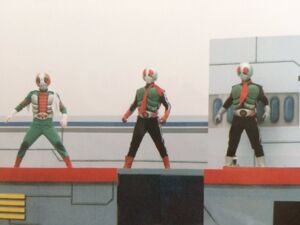 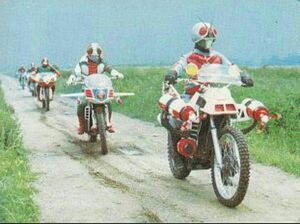 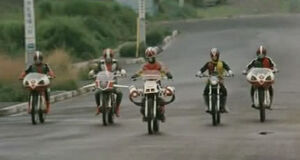 Retrieved from "https://hero.fandom.com/wiki/Hayato_Ichimonji?oldid=1611916"
Community content is available under CC-BY-SA unless otherwise noted.