Heart Aino is the main character of Arcana Heart series. She is currently investigating the Drexler Institute to stop their plans to destroy Japan. She possesses one of the most powerful Arcana, Partinias, the Arcana of Love, an angel with two pairs of wings who can manipulate light. She is Heart's partner and friend. Heart is voiced by Mikako Takahashi.

Heart is innocent and full of energy, with a smile that is simply contagious. Ever since she was a kid, animals have been drawn to her. And she would frequently bring home stray cats and dogs; much to her mother’s dismay. Heart truly believes that love can conquer every and all adversities. Even though she means well, her desire to spread love and happiness sometimes causes her to get involved in other people’s problems at times when they wish to be left alone.

Heart has always been able to see Arcana. In truth, this ability is pretty common in young children, but as adults tell them that "such-and-such” is not real, most of them begin to losing this ability. The ability to see beyond the physical world is directly linked to a person’s beliefs and imagination. When you stop believing in Elementals, you stop seeing them. Luckily for her, Heart’s mother always encouraged her to believe in them. Consequently, she has been able to interact with a vast number of Arcana. Her first (and her best friend among the Arcana) was Partinias. Her spirit power is excellent, and it is said that her powers could enemies Angelia Avallone. Because of her ability to get along with so many Arcana, Heart has been labeled as the "Extraordinarily Rare Maiden" by the Ministry of Elemental Affairs, which tries to keep a close eye on all matters related to the Elemental world where she sees something strange above the Tokyo skies and Heart decides to investigate up there. 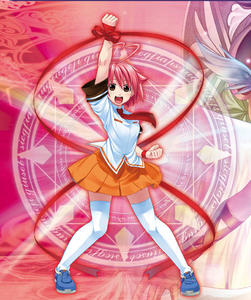 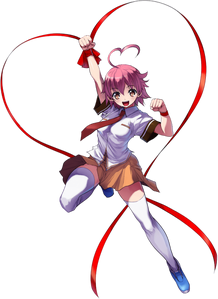 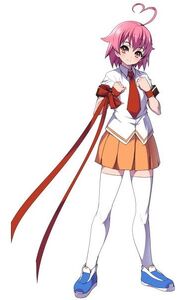 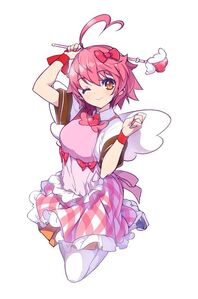 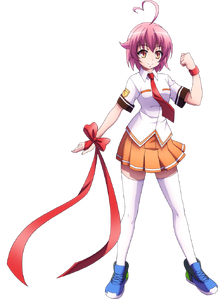 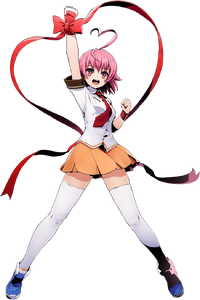 BlazBlue: Cross Tag Battle
Add a photo to this gallery

Retrieved from "https://hero.fandom.com/wiki/Heart_Aino?oldid=1843544"
Community content is available under CC-BY-SA unless otherwise noted.