Leader of the Roidmude uprising

Recruiting Roidmudes to his cause.

Kill the humans so the Roidmudes can peacefully exist (formerly).

Stop Banno and Sigma Circular from digitizing everyone in the world.
Defeat Roidmude 5886 and lay his comrades' spirits to rest.

Originally designated as Roidmude 002, when Banno's research on the Roidmudes hit a dead end, he asked Krim Steinbelt for help, who provided him with the Core Driviars.

Later, when an investor refused to fund Banno's research, 002 was forced to copy the appearance of the investor and so Banno could torture him as if he were the actual investor. He was rescued by Krim, who promptly ceased their partnership due to Banno's absuve tendencies.

002, along with Roidmude 001 and Roidmude 003, was installed with a chip, which that gave him the negative emotions of human beings and, in addition, made him evolve through said emotions. Upon awakening, they killed their creators Banno and Krim. 002 retained the human form he had copied to ensure that Banno's torture would not be forgotten.

Upon causing the Global Freeze, Heart, alongside numerous other of his Roidmude brethren were defeated by Protodrive. However, Medic, used her unique ability to restore Roidmude bodies to evolve Heart into the Heart Roidmude allowing him to defeat Kamen Rider Protodrive. From there, he worked together with Freeze and Brain to experiment on Protodrive, stripping him of his memories and free will with the new persona known as Chase.

Shortly after Freeze was killed, Heart was upgraded by Medic, granting him the ability of Super Heavy Acceleration.

After Heart achieves the Super Evolution State, he reveals his past to Shinnosuke and Go. He spares them when Banno and Roidmude 004 kidnapped Mr. Belt. Heart would later try to protect Medic against Banno, but ultimately loses Medic when Brain giving her up and she is reprogrammed to absorb excess amounts of energy into her body and warping her freedom.

Brain would ultimately save Medic, costing him his own life. This causes Heart and Medic to swear vengeance on Banno. Unfortunately, 004 allows him to escape as he self-destructs in an attempt to wipe out all of his master's enemies in one single blow.

However, Heart, Medic, Drive and Chase are saved by Mach when he allows himself to take the brunt of the shockwave and forces everyone out of the way. When Banno takes the SSDC as a base in order to complete the Sigma Circular, After the three Kamen Riders manage to penetrate Banno's protective barrier, Heart and Medic appear and save the three immobilized Riders from Banno's killing blow, with Heart giving Go his thanks specifically. When confronting Banno, Heart decides to give him a fate worse than death by destroying his machine, thus ruining his aspiration to rule humanity. Heart also informs Shinnosuke that they are on the same side and all five transform to fight Banno's Reaper Legion Roidmudes. Heart and Medic later accompany Shinnosuke in heading off to destroy the Sigma Circular while Go tells him to allow him and Chase to deal with Banno.

Once they manage to get past the barrier, he, Medic and Drive destroy 081, 101 and 105. Unfortunetaly Medic is unable to heal them, leaving him and her as the last of their kind. After Shinnosuke informs him of Chase's death, he tells Shinnosuke they will have their final battle. They all proceed to the Sigma Circular, except for Medic, who is unable to follow them. Medic does show up to heal an injured Shinnosuke. To Heart's anguish, this uses up the last of her powers and kills her.

The two manage to destroy the Sigma Circular, however Shinnosuke starts to faint as he falls out of the SSDC and is separated from Mr. Belt. Heart denies the chance to co-exist with humanity attempts to attacks Shinnosuke once he regains consciousness. However, hos injuries from the final attack on Sigma catch up to him. In the end, Heary wishes for Shinnosuke to remember the Roidmudes and dies peacefully after gaining a new human friend.

Heart was present during the time when Roidmude 089 hosted a brief alliance with the remnant terrorist organization, Shocker and the Kibaoni Army Corps. Heart congratulated the Youkai page Kyuemon Izayoi, on his gathering of human fear. Kyuemon, however, rejected Heart's attempt at a friendship and called the Roidmudes "mechanical puppets". Heart noted that from the humans' point of view the Roidmudes would indeed appear to be monsters. Heart was later alerted by Brain to a giant robot he saw charging past the window. With him and Medic missing the sight, Medic said Brain was being silly again while Heart suggested he get some rest, to which Brain figured that Heart was probably right while the rest of the Ninningers set off to fight Kyuemon's Giant Roidmudes.

The Heart Roidmude returns after Gou Shijima inadvertently resurrects him along with the spirits of Brain and Medic, who were inhabiting its body. Heart gained the power to become Kamen Rider Heart and fought against Roidmude 5886, a Roidmude created from the data of all the previous Roidmudes who were destroyed. 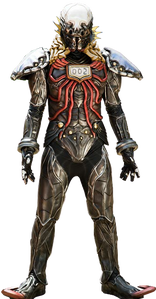 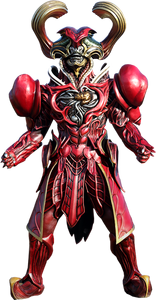