Heavy D! is one of the heroes from The King of Fighters video game series.

Heavy D! was once a famous professional boxer, he was fired for serious injuries in the fighting. Heavy D! keep his form of struggle on the street. One day, he received an invitation to the KOF '94 tournament.

However, he teamed up with his friends Lucky and Brian to form the American Sports Team (originally known in The King of Fighters '94 as the U.S.A. Team). Even if they failed, Heavy D! wanted to to try again next year. Unfortunately, Brian's team went to the Super Bowl, so they couldn't participate in KOF.

Much like his teammates, Heavy D! The invitation was taken away by the opposing team in this series and other competitions. This is a crazy gimmick. 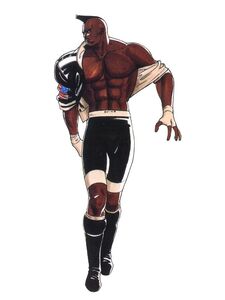 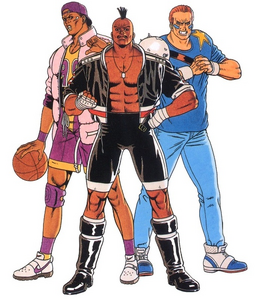 '94 artwork of the American Sports Team. 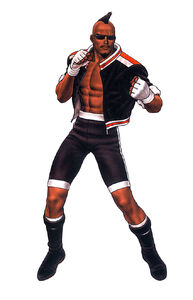 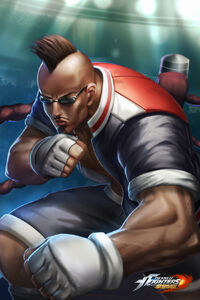 Heavy D! in KOF: Destiny.
Add a photo to this gallery

Retrieved from "https://hero.fandom.com/wiki/Heavy_D!?oldid=1620174"
Community content is available under CC-BY-SA unless otherwise noted.