Answer all of the universe's most impenetrable questions (ongoing).

Cecil B. Heimerdinger, better known as simply Heimerdinger or The Revered Inventor, is a heroic playable champion in multiplayer online battle arena game League of Legends, and a major character in the spin-off game Hextech Mayhem, appearing as the rival of Ziggs. He is also a major supporting character in the 2021 Netflix animated spin-off prequel series Arcane.

An eccentric Yordle scientist, Heimerdinger has made a name for himself as a professor at the Academy of Piltover, as well as one of the city's founders and most innovative minds.

The 38th champion added to the game, Heimerdinger was released on October 10th, 2009. He is commonly played in the top lane or middle lane.

He was voiced by Dennis Collins Johnson in his original release, and is currently voiced by Jason Palmer. In Arcane, he is voiced by Mick Wingert.

Not much is known about Heimerdinger's past or early life. However, he had earned a name for himself as one of the most innovative minds and esteemed inventors in all of Piltover. While he's gifted in many areas of science such as chemistry and inventing, what fascinated him the most were all of the unanswered mysteries that have confronted mankind ever since the dawn of time. He has become almost completely dedicated to solving these mysteries, to the point of having a neurotic obsession with doing so. In spite of the theories he imagines for these mysteries often appearing as opaque and esoteric to the public, Heimerdinger still held on to his believes that all knowledge should be shared, and is also devoted to teaching it to anyone who desires it. 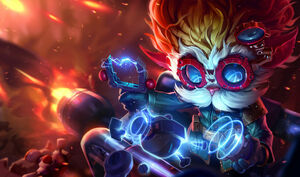 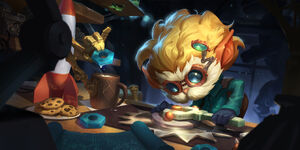 Heimerdinger as he appears in Legends of Runeterra. 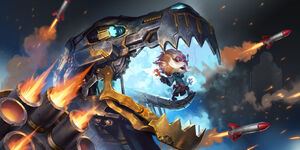 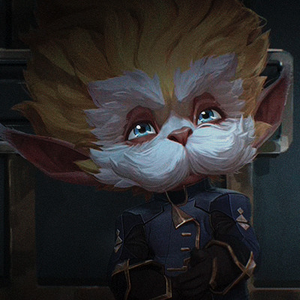 Heimerdinger as he appears in Arcane. 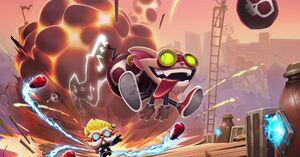 Heimerdinger and Ziggs in Hextech Mayhem. 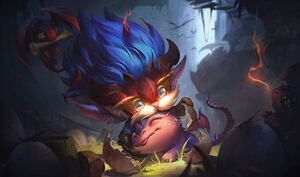 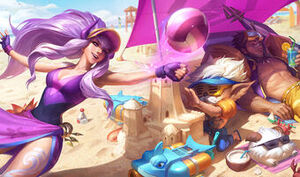