God of Destruction of Universe 2.

Doing her job, watching the performance of the Kamikaze Fireballs.

Continue and maintain her job as the 2nd Destroyer.

Heles (Jerez in the English dub) is a minor supporting character in the 2015 Japanese martial arts fantasy manga series Dragon Ball Super and its 2015-2018 anime television series adaptation of the same name.

Heles was the God of Destruction of Universe 2 who bore the responsibility of maintaining universal balance by destroying planets and their populations so that new life could be created in their place. Much like the rest of her universe, Heles was obsessed with the concepts of love and beauty. Despite her vanity and her often superficial way of judging people, Heles was one of the more benevolent Gods of Destruction as she seemed to genuinely care about her universe and its inhabitants.

Heles is voiced by Masumi Asano in Japanese and by Maryam Baig in English.

Heles is extraordinarily beautiful and is a very slender human-like woman with light brown skin, large green eyes (along with dark turquoise eye shadow), red lipstick, and black hair with gold beads at the end.

Heles is a goddess who dislikes anything that she considers ugly. She is also shown to care for life and existence, meaning that, like Belmod, she does not tolerate any form of evil, as she is shocked by the decision of her superiors to annihilate eight of the twelve universes in the Tournament of Power, even calling it horrendous. Noticeably, despite her duties being of destruction, Heles appears to be rather benevolent, showing genuine compassion for her warriors, and showed extreme disgust at Frieza's savage methods of combat. 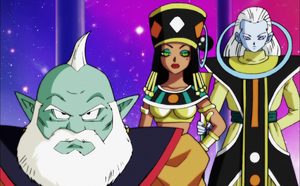 Heles with Pell and Sour. 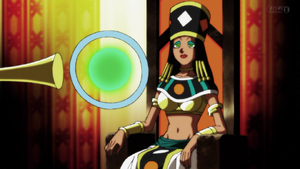 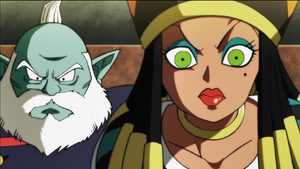 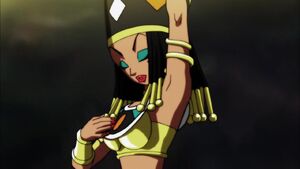 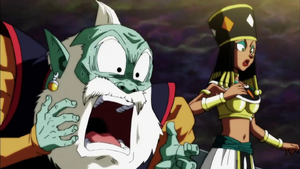 Heles shocked over that someone dared to interrupt the girls. 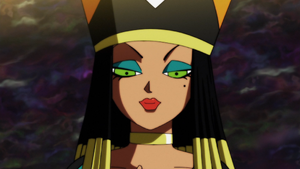 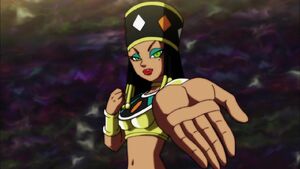 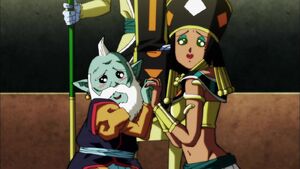 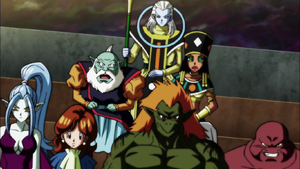 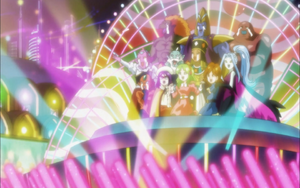