To be with Jimmy (succeeded)

Heloise is the tritagonist of Jimmy Two-Shoes. She a super-intelligent and ultimately destructive 14-year-old (10-year-old in other countries; turns to 15 or 11 in season 2) girl. Her mad scientist's mind and penchant for chaos are hidden behind a weak facade of a diminutive sweetness that almost everyone can see past. She is one of only two human characters and works for Lucius by creating weapons of mass destruction. In series, she is one of if not the most feared person in all Miseryville. While to most people she is violent or indifferent she is kind and helpful to her crush, Jimmy Two Shoes.

She is also shown to be pretty villainous on occasions.

Heloise is an teenager who has brown hair with a ponytail and a scar on his forehead, she wears an red dress. 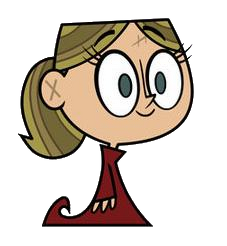 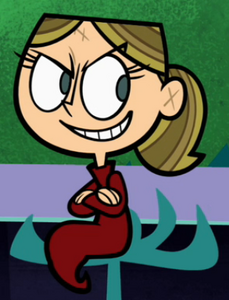 Retrieved from "https://hero.fandom.com/wiki/Heloise?oldid=2241400"
Community content is available under CC-BY-SA unless otherwise noted.