Free the galaxy from the Galactic Empire. (succeeded)

Kanan Jarrus (Honorary member; posthumously due to being added to the Syndulla Family Kalikori by Hera; deceased)

Hera Syndulla is one of the two deuteragonists in the TV show Star Wars Rebels. She is the pilot of the ship Ghost and is also the owner of the ship, having acquired through it unknown but possibly shady resources (there is some implication that she may have stolen it). Nevertheless, Hera serves as the conscience of the group and the thing that keeps everyone working together when they otherwise wouldn't.

According to the show's producers she is "strong minded" but also simultaneously nurturing and caring towards the others, having the ability to talk to all of them and get them to embrace their better natures.

Hera's personality was somewhat two-sided; while she exuded a no-nonsense style of command, she was also known for being a very warm and compassionate individual. As a highly capable pilot and captain, Hera took good care of her ship, as well as her crew. Upon meeting Ezra, Hera developed a sort of motherly bond with the boy as she had with the other crewmembers. She was a true believer in the rebel cause and inspired hope in the rest of the crew. She was also the only other crew member aware of Kanan's test after Ezra stole the latter's holocron. Hera was in love with Kanan and usually confided in him. She was more than capable of putting her foot down when she saw conflict within the crew, such as sending Ezra and Zeb out on an errand together when the two had been fighting. While an adept fighter Hera was also very diplomatic and knew how to unite her crew to reach a common goal.

A smart, tactful and highly observant individual, Hera could quickly detect a threat. As Lando successfully played her crew members off one another to his own ends, Hera caught on to his trickery and put the con-man in his place. Her skills of deduction proved invaluable when her suspicions of Trayvis allowed her to expose the man as an Imperial agent. She also remembered when the Jedi and clones fought in the Clone Wars, at one point being saved from death by them, and encouraged Kanan to trust Rex and put aside his past animosity towards clones. Hera is also highly perceptive, often sensing things that even Kanan's perceptions couldn't.

As with other Twi'lek females, many considered her attractive, particularly Kanan but also less savory characters as well, including Okadiah Garson, Azmorigan, Lando, and even Kallus. She knew how to use her natural charm and beauty to her advantage when necessary, as seen when she manipulated the gangster Azmorigan in order to escape his ship.

Hera mainly used a Blurrg-1120 holdout blaster when fighting the Empire, which she kept in a holster strapped to her right boot.

She mainly wore a tight orange jumpsuit and a pair of flight goggles on the top of her head as she was the Rebels' pilot. 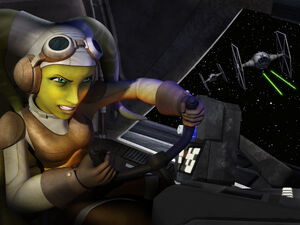 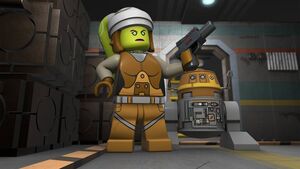 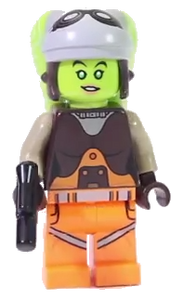 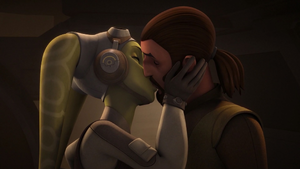 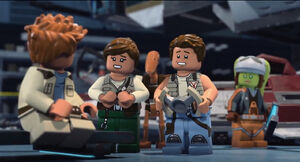 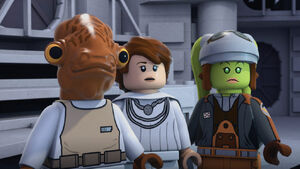 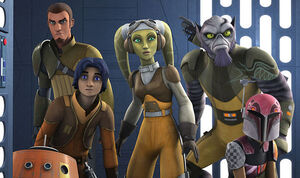 Retrieved from "https://hero.fandom.com/wiki/Hera_Syndulla?oldid=1778436"
Community content is available under CC-BY-SA unless otherwise noted.