Heroes Wiki
Register
Don't have an account?
Sign In
Advertisement
in: Honorable, Heroic Creation, House of Mouse Heroes,
and 21 more

Sidekick
Possessed Object
Titular
Herbie is a sentient, anthropomorphic 1963 Volkswagen Beetle, a character that is featured in several Disney motion pictures starting with the 1968 feature film The Love Bug. He has a mind of his own, is capable of driving himself and has been a serious contender in auto racing competitions.

Throughout most of the franchise, Herbie is distinguished by red, white and blue racing stripes from front to back bumper, a racing-style number "53" on the front trunk lid, doors, and engine lid, and a yellow-on-black '63 California license plate that says, "OFP 857". One exception to this is his introduction in The Love Bug, where he initially appears as a nondescript white vehicle with a gray colored fabric sunroof (a.k.a. "ragtop"), the style of sunroof offered on VW Beetles made through 1963.

Herbie is cheerful, energetic, has a sense of humor and likes to play practical jokes on people. No one knows exactly how he is alive, but it doesn't really seem all that important to them. Despite being incapable of verbal speech, there is appearent commuication between him and humans or, at times, other cars.

He is, for the most part good-natured, but he'll also show a dark side, when provoked. Although aggressive and competitive, he is nevertheless sensitive to the feelings of the humans he drives and will not comply with them if abused. Herbie was named by Tennesse Steinmetz after being reminded of his Uncle Herb. As his nickname indicates, he has a knack for matchmaking.

Before production of The Love Bug began Herbie wasn't always going to be a 1963 Volkswagen beetle to begin with. In order to find the right car to play Herbie they had a casting of cars parked outside the studio, they had Toyotas, a TVR, a handful of Volvos, an MG and a pearl white Volkswagen Beetle. At lunch the producers would come outside and watch people's reaction towards the cars. They would see them kick the tires or grab the steering wheel to see how it handle but when they approached the Volkswagen they reached out and petted it as if it was like a friend, so out of all the other cars the Volkswagen Beetle was chosen to play the role of Herbie.

Herbie's racing number "53" was chosen by producer Bill Walsh, who was a fan of Los Angeles Dodgers baseball player Don Drysdale (Drysdale's jersey number, later retired by the team, was 53).

Herbie only appeared in the episodes, "Max's New Car" and "Dining Goofy."

Herbie also had his own television series in 1982 entitled Herbie the Matchmaker (aka Herbie, the Love Bug), however, it was cancelled after five episodes. 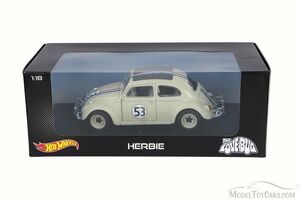 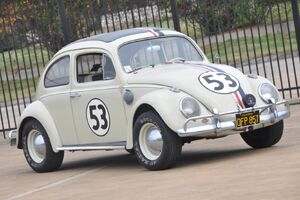 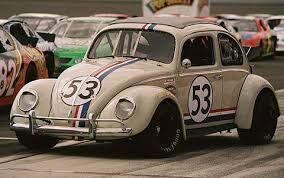 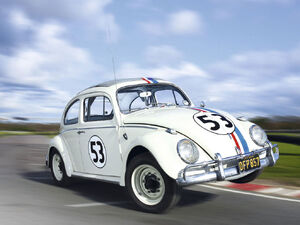 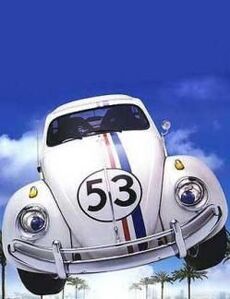 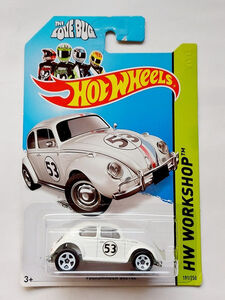