Hibari is one of the main protagonists from the Senran Kagura video game series. She makes her debut in Senran Kagura: Portrait of Girls.

Hibari is an upbeat girl with pink hair adorned with three black ribbons that tie it into two pigtails. Her outfit is reminiscent of a student in gym class. She has a light pink track jacket with the Hanzou emblem on the left chest area, dark blue biker shorts, black and white socks, and red and white sneakers. Her eyes are peculiarly dotted with two pink, cross-shaped pupils.

Hibari is a extremely innocent, trusting and cheerful girl. Despite often depending on others, especially Yagyū, Hibari dislikes having to completely rely on others, as it makes her feel like she is holding everyone else behind. Although she often feels like she just isn't cut out for it, she always tries her best to keep up with the others and show just how much she can contribute to the team. 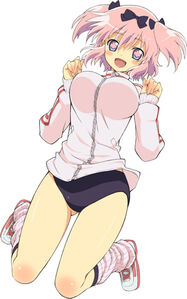 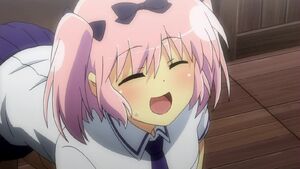 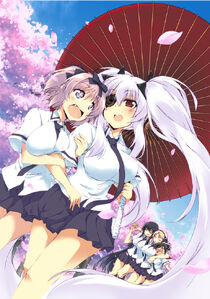 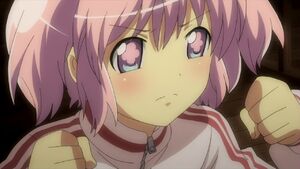 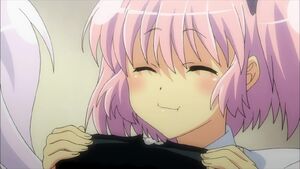 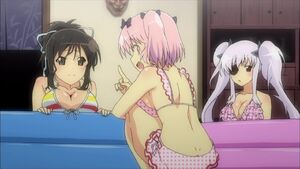