Hibiki Takane is one of the main protagonists in The Last Blade video game series.

Hibiki is the daughter of Genzō Takane, a renowned swordman known throughout Japan during the Bakumatsu era. He had retired to an isolated area in the countryside with his daughter but continued his work with various swordsmen around the country.

One fateful day, a silver-haired man approaches Genzō and requests that he forge a new sword. Though the man radiated an aura of pure, unfathomable evil, the master sword-smith finds himself unable to refuse the request. He spends a time of almost 3 months forging this sword, which he dubs the “Yaso Magatsu Hi no Tachi” (八十枉津日太刀, “Blade of Eighty Days Harbored Unwillingly”), detailing the amount of time he invested in the weapon. The labor renders him ill, however, and he is soon permanently bedridden.

He tells his daughter that the silver-haired man was the reason for his condition, and that she should pursue him and the sword that he had forged. With a concerned Hibiki by his side, he utters his last words: “The thing that I saw... that I felt, even you must understand.” Though she was confused by her father’s cryptic request, Hibiki gathers her belongings and leaves in search of the silver-haired man.

Several days later, a man named Hyo Amano stops by, hoping that Genzō would repair his weapon, the “Otokomae”, when he learns of the sword-smith's death, he sets out to find his daughter.

Hibiki has two endings in the game; in one of them she visits her father's grave and decides to improve her swordsmanship which can be gained if the player defeats every opponent they face in Arcade mode with her super moves. In the other ending should the player not use her super moves to finish all opponents, she tells her father that now she has a "companion". 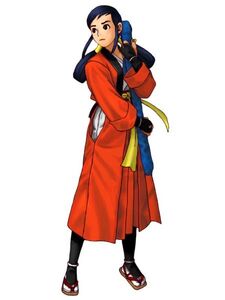 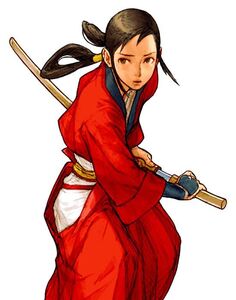 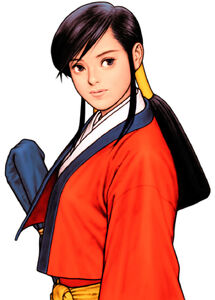 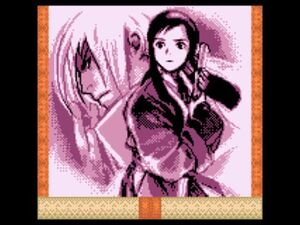 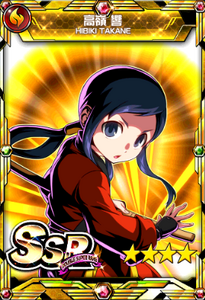