Have his team become #1 on the Inves Games leaderboard.

Redeemed Villain
Hideyasu Jonouchi is the leader of Team Invitto and a supporting protagonist in the first arc of Kamen Rider Gaim. He uses the Donguri Lockseed to transform into Kamen Rider Gridon.

He initially serves as a major antagonist in the "Beat Riders" arc before becoming an anti-hero in later arcs.

During Gridon and Kurokage's debut, Ryoji Hase named Hideyasu's Armored Rider form "Gridon". Hideyasu himself disliked the name at first but he eventually accepted it as his name.

Before Ryoji battles Team Gaim, Hideyasu warns him that he couldn't win against Team Gaim.

Sometime later, Kaito forms an alliance with Teams Raid Wild and Invitto as he gives them Lockseeds to win against Gaim. After Team Gaim finish dancing, Hideyasu appears as he battles the team with the Ichigo Lockseed Kaito gave him; however Mitsuzane got his own Sengoku Driver as he transformed into Armored Rider Ryugen and ended up being defeated by the new rider.

After he loses his Lockseed to Armored Rider Ryugen, Hideyasu goes to Kaito's place for a new Lockseed. As he gains a Lockseed from him, Kaito started to mock him as he is weak, which made Hideyasu question the alliance. After getting a Donguri Lockseed from Kaito, he then went to Drupers and finally understands what Ryoji says before telling him how foolish they were in allying with Baron, thus telling him that they will be Baron's slaves. Refusing to let that happen, they would need to have a chance to be on the same level as Kaito, and thus gaining Sid's attention as they received Sengoku Drivers from him. After Baron's Inves are defeated, he and Ryoji appear as they transform into Armored Riders Gridon and Kurokage respectively, which surprises Team Gaim.

First fight and confrontation with Bravo

Shortly after transforming, Ryoji announces his name as Kurokage. Realizing that they need names for their Armored forms, Hideyasu tried to think of a name only for Ryoji to name him Gridon (Much to the amusement of Team Gaim) Despite his own dislike of the name, Gridon became his official name thanks to DJ Sagara. After they transform, they easily beat up Baron, but Team Gaim's Armored Riders finish them off, also gaining their Lockseeds. Sometime later, Hideyasu and Ryoji buy replacement Lockseeds as he notices one member of Red Hot got a Sengoku Driver and a Lockseed from Sid. Later, Kurokage and Gridon were doing some training until some people arrive, thinking that there will be a battle. Oren then reveals that he announced the battle as he transforms into Armored Rider Bravo to fight Gridon and Kurokage. However, Gridon was later easily defeated by Bravo.

While Hideyasu was doing his job along with Ryoji during the holidays, Ryoji got a call from Kouta about the new game that Team Gaim have created. The team leaders approach Sid and ask him for Lockvehicles, but he tells them that the device won't be finished until Christmas. The next day, the team leaders have gathered, including Oren, however Inves start to attack them. As the team leaders were wondering if the Inves are part of the game, Mitsuzane tells them that the monsters are not in the game. So they transform and enter the forest one by one. Before Gridon entered the forest along with Kurokage, he gives Ryugen a "present" by throwing a Lockseed to an Inves, so they would have a chance to leave.

As he enters the forest, Gridon is already hiding from the Armored Riders, until Kurokage scared him. Kurokage tell Gridon to gather many Lockseeds as possible while he fights the Riders. As Gridon found a bunch of premature Lockseeds, Inves started to attack him, but he manages to fight back. Out of nowhere, the white Armored Rider overpowers Gridon as he tells his troops to sent Hideyasu back to the real world.

After Team Baron beats Team Raid Wild, Ryoji demanded him to fight them, but Hideyasu tells him that he originally wanted the stage where Team Raid Wild are dancing and since Ryoji's team no longer have an Armored Rider, his team have no chance of winning as Hideyasu leaves while feeling sorry for Ryoji. It is revealed that Hideyasu does really want to help Ryoji, but his fighting skill is not good enough, so he might not win against Baron. In order to train, he went to Charmant and begged Oren to teach him how to fight, which he accepts. However before that can begin, Hideyasu must work for Oren at his shop as payment, in which later during an Inves outbreak when the citizens blames on the Beat Riders for the incidents of having their relatives and friends infected and during Oren's latest interview, Hideyasu later sees this as a mixed blessing as he is not subject to threats like the other Beat Riders, which made him lucky to be under Oren's wings.

After Oren becomes a Yggdrasill member, as well as Hideyasu by association, they are called by a mystery guy to set a trap on kidnapping Kouta's sister, Akira, in order to retrieve his Sengoku Driver. As he tries to torture Akira while she's eating a plate of desserts, he tries to transform, but was tricked by Oren for trying to hurt his "customer", and does so by switching Hideyasu's Donguri Lockseed with an fake that contains Oren's image, before Hideyasu, Yoko, and a mystery guy finds out what Oren up to, thus leading him to be knocked out by a frying pan.

Hideyasu tries to figure out which Lockseed is his own and when he chooses, it reveals to be the fake and coincidentally multiple cans fall onto him from a nearby garbage man. Oren surprises him and kicks him to the ground, where Hideyasu notices a flier for the all-team dance show, which prompts Oren to knock him down to the ground believing he has betrayed him. He later helps Oren with his propaganda against the Beat Riders. At the dance show, Hideyasu helps Oren disrupt the show with summoned Inves. When all the other teams arrive to support Team Gaim and Team Baron and begin to dance, Hideyasu turns the music off but the Beat Riders resume their dance with his own team noticing he is present and push him to the stage and put the music back on. With no choice, Hideyasu joins in with the rest of the teams to dance.

Spread the Hate Towards Beat Riders

After sometime, he and Oren appeared to try to turn the public against Zack and Peco by insisting that giving up their Inves Game is just a propaganda. However, their speech was interrupted by a swarm of Elementary Inves, which are later finished off by Oren.

After Hideyasu witness the Armored Riders' battle against the Inves, he finally realize that the Inves Game ended. He sees his teammate, but she hangs out with Team Gaim's teammate as they started to make fun of Hideyasu. He started to feel bad of himself as Oren decides to take Hideyasu on a training. However Hideyasu stormed out of Charmant as he doesn't see the purpose of the training. Later, he hangs out in Drupers by himself until Kouta appears. Feeling jealous of him, Oren manage to find Hideyasu as he blames the Beat Riders. Hideyasu quickly hide as Oren reveals that he was preparing for his greatest moment of his life. He then arrive where Bravo and Gaim were fighting the Inves as Hideyasu decides to join the fray. However, Gridon blocks the attack from the Inves to protect Bravo before he faints. As he gain conscious, Hideyasu inform Oren that the Inves Game actually ended.

In a possible future, Gridon was seen standing behind Baron as part of his army in the Sengoku Rider War.

Hideyasu is shown to be a calm, composed, imperturbable, and equanimous person. He is an intellectual and brilliant tactician who forms strategies of attack when the best means of winning are unavailable. This is shown when he attacks Team Gaim when Kouta is not around and suggesting he and Ryoji get their own Sengoku Drivers. Despite his confidence in strategy, he has no actual combat skills after becoming an Armored Rider due to his inexperience. This is proven during his battles against Ryugen and Bravo when he became a human shield for Kurokage. He is also quite pusillanimous and cowardly, hiding as Kurokage was being beaten by Bravo and preferring sneaky tactics. He is very unconfident and hesitant about going against long-range weapon Armored Riders like Ryugen and prefers to hide from gunfire. When everything is changed at the end of the Inves Game and a sudden appearance of the endless Inves come out of nowhere for the outbreak while seeing most of the Armored Riders trying to sacrifice themselves to defend the city, Jonouchi finally awakened his fighting spirit, overcoming his cowardliness. 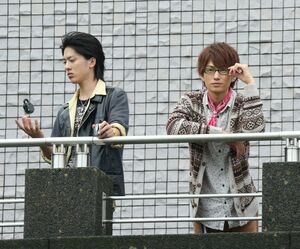 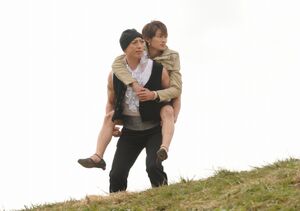 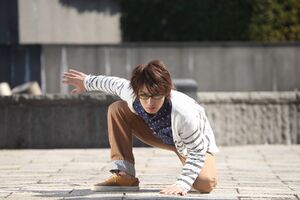 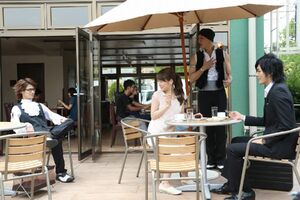 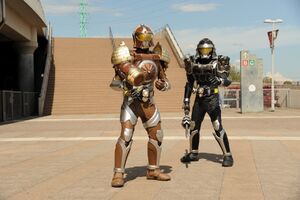 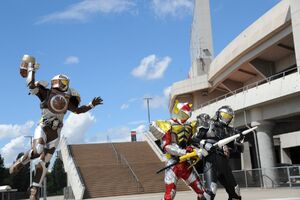 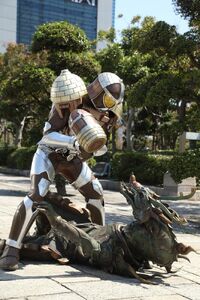 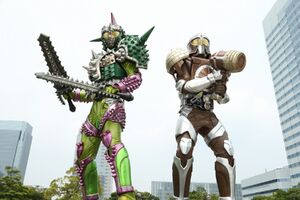