Playing with her parents and Boruto

Kid Heroine
Himawari Uzumaki (うずまきヒマワリ, Uzumaki Himawari) is a citizen of Konohagakure and a member of both the Uzumaki and Hyūga clans.

Himawari is the second and only daughter of Naruto Uzumaki and Hinata Hyūga. On one peaceful morning during the winter time, she and her older brother, Boruto, were seen embracing their father and starting a snowball fight, along with their mother joining in.

Himawari seems to be a curious and considerate little girl, asking her mother if Neji would like sunflowers. She also seems to be fond of her older brother. Judging from the ending of The Last: Naruto the Movie, she appears to be fairly energetic like her father and brother. In one-shot manga The Day Naruto Became Hokage despite being the nicest like her mother she is also violent and short-tempered like her paternal grandmother when Boruto accidentally rip off her panda teddy bear, she become enraged with active Byakugan which terrified Boruto after she attack him and knocked out their father with one-hit.

Himawari has short dark blue hair with straight bangs, like her mother. Like her brother, her hair flares out on the sides and she has an ahoge on the top of her head, which resembles the stem of a leaf. She has blue eyes and a pair of whisker markings on each cheek, which she inherited from her father. Himawari wears a collared, long-sleeved yellow shirt with an orange crosshatch pattern that resembles a sunflower, and red pumpkin shorts.

In The Last: Naruto the Movie, she wears a pink sweater, a three-layered white flutter skirt, black pants, and a pair of flat pink sandals. She also wears a twin bead hairband on her ahoge.

As a direct descendant of the Hyūga, She subconsciously awaken Byakugan and learned Gentle Fist to damage the anyone's chakra point powerful enough to knock out her father, Naruto and Kurama causing them to become afraid of her.

Himawari accompanied her mother in visiting her first cousin once removed, Neji Hyūga's grave, asking if he would like the sunflowers she brought. Hinata tells her he would, because they are the same as her name. She says next time she wants to go with her brother. 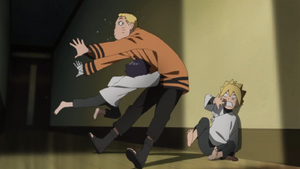 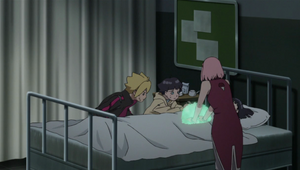 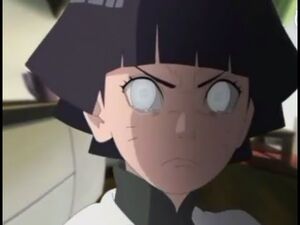 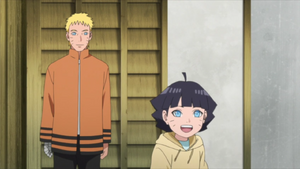 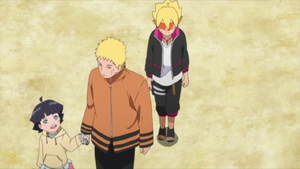 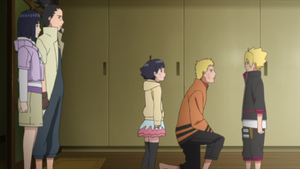 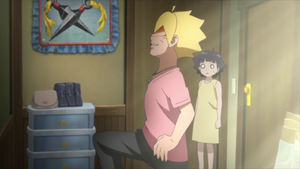 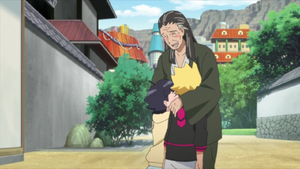 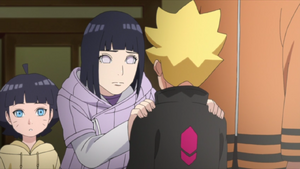 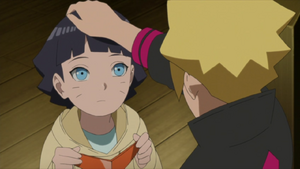 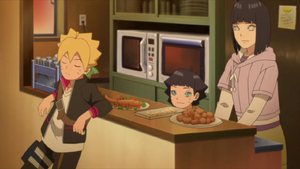 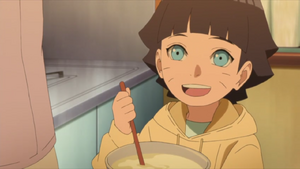 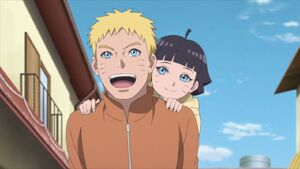 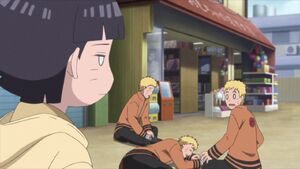 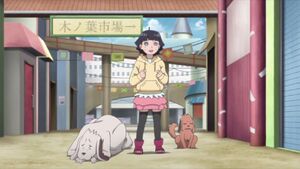 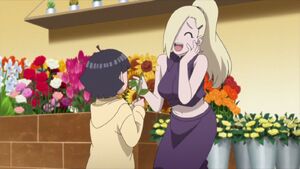 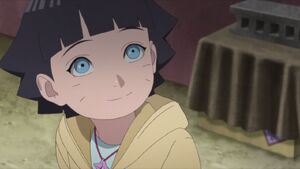 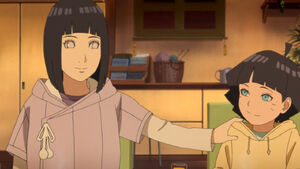 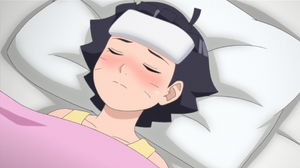 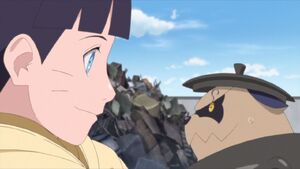 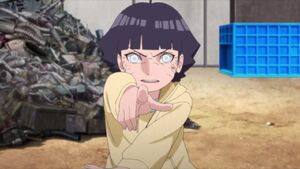 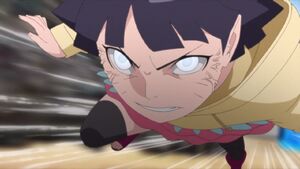 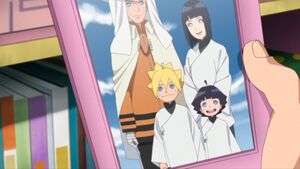 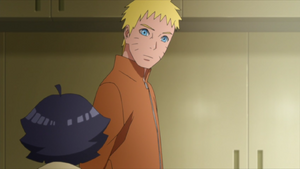 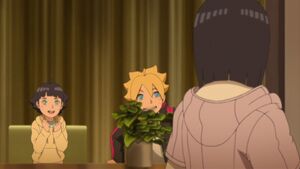 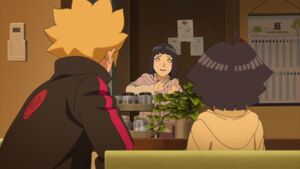 Retrieved from "https://hero.fandom.com/wiki/Himawari_Uzumaki?oldid=1773771"
Community content is available under CC-BY-SA unless otherwise noted.