Queen of the Amazons (formerly)

Looking after her race

Ensure the Amazons of Themyscira protection and well-being

Hippolyta is a superheroine from DC Comics. She is known to be the mother of Wonder Woman, and the queen of the Amazons of Themyscira, formerly known as Paradise Island. In mainstream publications from 1986-2011, she is the sister of Antiope, and in some continuities, the adoptive mother of Donna Troy. In modern mainstream publications, she is revealed to have a secret son named Jason.

The character Hippolyta (then spelled "Hippolyte," although the spelling changed to "Hippolyta" during the 1960s) first appeared in All Star Comics #8 (1941), the same comic book that introduced her daughter, Wonder Woman. This original version of the character possessed black hair. According to this story, Hippolyte and the Amazons once resided in "Amazonia" in the days of ancient Greece, until they were beguiled and bested by the demi-god Hercules, who had been sent after her by the Wargod Ares, now named Mars. She was able to beat him using the girdle, but he seduced her, and tricked her into allowing him to see the girdle, allowing him to steal it. This caused them to lose the favor of their patron goddess, Aphrodite.

Eventually she and the other Amazons were forgiven, but had to wear bracelets to remind them of the chains which once bound them. To regain their status, the Amazons were forced to leave the mortal world and relocate to Paradise Island. There, they established their own society, free from the evils of man's world. So long as they remained there and Hippolyte retained possession of her magic girdle, the Amazons would be immortal. Much of this history was adapted and expanded upon in the modern version of the Wonder Woman comics.

For the most part, Hippolyte remained on Paradise Island during the Golden Age era, rarely interacting with the modern world to which her daughter had journeyed. Her role was that of the Amazon Queen and mentor to Wonder Woman. She was devoted to the Olympian goddesses, particularly the Amazons' patron Aphrodite, and was adamant that man never be allowed to set foot on Paradise Island. Although she remained mainly on the island, in one memorable story from Sensation Comics #26 (reprinted in Wonder Woman: The Complete History), Hippolyte travels to Man's World and briefly assumes the role of Wonder Woman. In the first appearance of Villany inc she is kidnapped to lure Wonder Woman into a trap.

In the 1960s when DC Comics introduced the concept of the Multiverse, this Hippolyte was established as existing on the world known as Earth-2. This incarnation of Hippolyte was phased out around issue #97 of the original Wonder Woman comic when the focus shifted from Earth-2 to the more modern versions of the characters on Earth-1.

The Silver Age Hippolyte continued thereafter and had blonde hair. Her history was largely identical to the Golden Age version, though a few significant Silver Age stories diverge from the original. For example, it was established that Hippolyta had crafted a second daughter from clay, a dark-skinned Amazon named Nubia who was to be Wonder Woman's twin sister before she was spirited away by the god Mars. She was also the adoptive mother of Donna Troy, who had been rescued from a fire and brought to Paradise Island. As before, Hippolyta's role in the Silver Age era was primarily that of Paradise Island's queen and mentor to Wonder Woman. She was frequently shown interacting with her daughter as well as supporting characters of the era such as Wonder Girl and Wonder Tot. According to the DC Comics 1976 calendar, Hippolyta was born on January 8.

Hippolyta was also instrumental in several of the continuity shake-ups for the Earth-One Wonder Woman. Enraged that her daughter, recovering from amnesia, had submitted to trials by the Justice League to prove her worth to rejoin, she created her own test which involved resurrecting Steve Trevor to lead an assault on Paradise Island. The goddess Aphrodite granted Diana's wish to allow the resurrected Trevor to continue living (although he was later revealed to be Eros animating Trevor's body). After Trevor had again been killed and a grief-stricken Diana returned home, Hippolyta erased Diana's memories of him; when a Trevor from a parallel universe burst through the barriers between worlds and crashed off Paradise Island, Hippolyta asked Aphrodite to alter the memories of the entire world to allow the new Trevor to embark upon a life on Earth-One.

The Hippolytas of both universes used a Magic Sphere, which could peer into the past and future.

In 1985, the Crisis on Infinite Earths miniseries revised DC Comics history and combined the multiple Earths into one world. The modern version of Hippolyta would combine elements of her earlier incarnations and take on greater importance in the series. 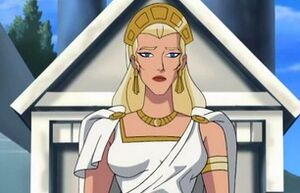 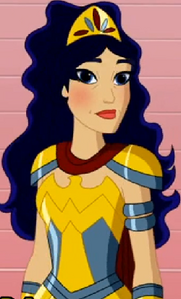 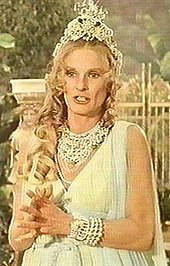 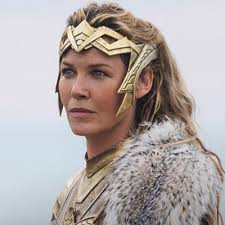 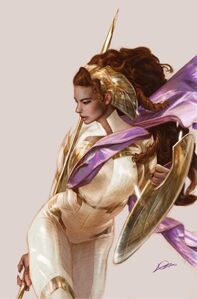