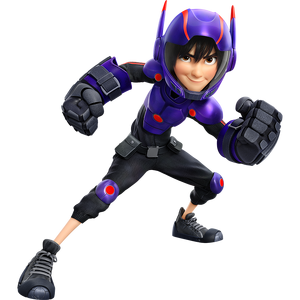 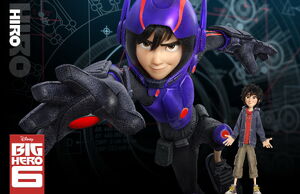 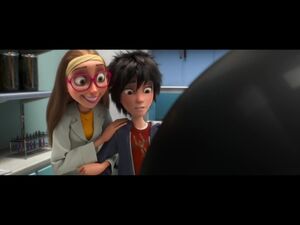 Hiro was surprised as he checks Baymax's person, who was created by his older brother.

Hiro creates the perfect suit and power for his friends and Baymax. 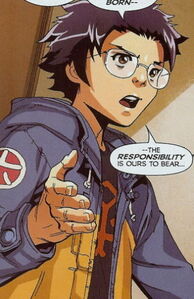 The original Hiro on duty

They checking the record at Krei's Abandoned Facility.

Hiro show his friends the drawing of the symbol.

Hiro was shocked during escaping the warehouse from Yokai

Hiro's breakdown, that Professor Callaghan got Tadashi killed and doesn't care that he tried to save him or that he's dead, as this reveal and those hurtful words filled Hiro with complete rage for revenge. 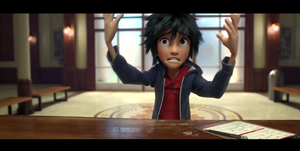 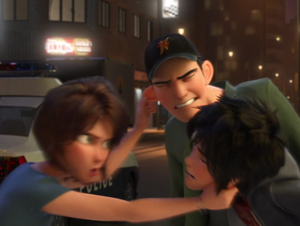 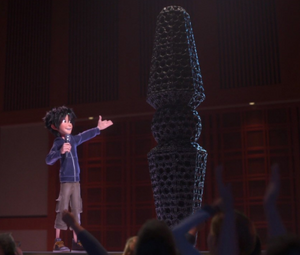 Hiro showing his microbots to the college and his family 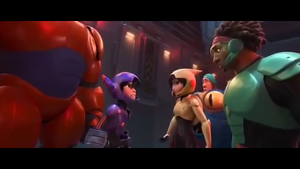 Hiro angrily chastises the team for ruining his plan to avenge Tadashi, and for letting Professor Callaghan get away after what he did to Tadashi, putting a problem in his friendship with them.

"I Never Should Have Let You Help Me!"

Hiro Putting His Foot Down

“Wings!"
Add a photo to this gallery
Retrieved from "https://hero.fandom.com/wiki/Hiro_Hamada/Gallery?oldid=2173217"
Community content is available under CC-BY-SA unless otherwise noted.