Hiromi Tachibana (known as Hillary Tachibana in the English version) is a main charcter in the series, Beyblade and Beyblade V-Force. She is basically the voice of reason of the Bladebreakers, and is often the one coming up with smart ideas.

Hiromi was introduced in Season Two, as a bossy, smart and stubborn girl, who acted as a leader while being the class president of Takao's class. She first hated Beyblade and thought it was a "stupid toy", but she later got used to it and joined the Bladebreakers. Hiromi didn't know that much about Beyblade at first, as one time she could not see the Bit Beasts of her team, but later finally saw them.

As the season progressed, Hiromi became more violent in the next season, Beyblade: G-Revolution, and started to show her feminine side. Her role was a assistant coach/manager, while Hiro Kinomiya served as the main one, but Hiromi still supported the team no matter what.

Hiromi can be seen as the original series version of Madoka Amano, as both of them supported their teams at times, and even the main protagonists.

At times, Hiromi can be very loud, bossy, over-reactive, quick to jump to conclusions and stubborn as a mule, however, she is smart, independent, kind, and a born leader. Daichi likes to call her grandma.

Hiromi is a capable student (class president) in Takao's class at school, and has been called cute by both Manabu and Max, but she doesn't take much notice of this.

At first, Hiromi did not like Beyblade, and did not like Takao, a Beyblader, but after a while, Hiromi made friends with the Bladebreakers and falls in love with Takao with time.

Hiromi is quick to make friends with all the Bladebreakers, and is one of the only people who can keep Takao in line. She is also very outspoken. She is not afraid to argue with Takao, and does seem to a lot in the second season. Hiromi calms down a lot in the third season, acting more responsible and mature, but a bit more violent. She takes care of Daichi and Takao by cooking, a running gag in the season since she is not good at cooking. She got angry when Takao had a bad dream about her and spoke of her horrible cooking in his sleep.

Hiromi is the voice of reason in the group, and is often the one coming up with smart ideas. She was even called clever by Manabu after she suggested that they ask Mr. Daitenji about the mysterious bladers that they ran into earlier. Later, when they were trapped on an island, Hiromi suggested that they go to the lighthouse because there might be a way to communicate with someone and get help there, but since Takao wanted to actually go through the island and fight all the bladers, they split up into two groups: Hiromi, Manabu, and Kai in the first group, and Takao, Rei, and Max in the second group. Not surprisingly, Hilary and her group reached the lighthouse before Takao and his group defeated all the beybladers. They successfully contacted Mr. Daitenji, then went off to go find Takao.

Hiromi gets her strong and directing attitude from being the president of her class. She takes this position very seriously and uses it to her full advantage. Because she is the class president, she is able to sway the class anyway she wants and make them do anything, such as making Takao stay after school and clean the classroom all by himself. She may be a more powerful speaker then a leader though.

The Wicked Witch of the Eighth Grade

Hiromi is a smart girl who serves as the class president of Tyson's school. In the beginning, she shows strong dislike towards Takao Kinomiya.

Ever since Takao's victory in the world championships, he has been missing school and getting late for class every day, much to Hiromi's anger, she raises her voice in front of the class and tells how Takao has been being a jerk ever since he won the world championships, and that he should just stay home and play his "stupid game". Hiromi then requests that Takao should clean the class for the rest of the week every day, and all the students agree on it, much to Takao's dismay. 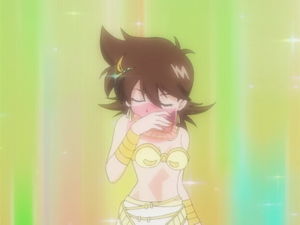 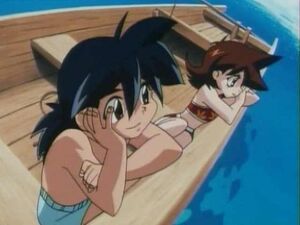 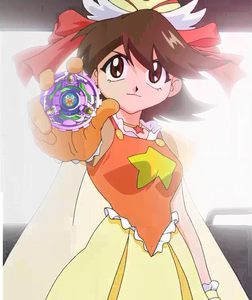 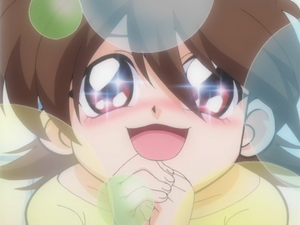 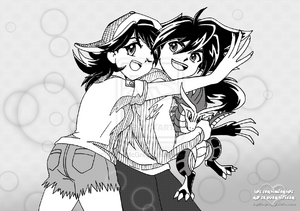 Hiromi and Takao
Add a photo to this gallery
Retrieved from "https://hero.fandom.com/wiki/Hiromi_Tachibana?oldid=1898517"
Community content is available under CC-BY-SA unless otherwise noted.