Keep Maretime Bay and the citizens safe and sound (ongoing).

Arrest Sunny for her disobedience and putting harm to their home (formerly).
Help Sunny bring all ponies back together again (succeeded).

He is voiced by James Marsden, who also portrayed Tom Wachowski from Sonic the Hedgehog (2020), Cyclops from the X-Men movies, Prince Edward from Enchanted, Fred O'Hare from Hop and voices Diggs from Cats & Dogs: The Revenge of Kitty Galore and adult Tim Templeton from The Boss Baby: Family Business while being voiced by JJ Gerber in the Youtube series, My Little Pony: Tell Your Tale, and the Netflix Series My Little Pony: Make Your Mark.

He is a blonde Earth pony.

Hitch Trailblazer is the sheriff of Maretime Bay, therefore, he has a passion to keep the townsfolk safe and treats almost everyone he interacts with kindly. He does get a bit annoyed with animals following him, as if he is some magnet to them. Yet, he never goes out of his way to tell them to get off his back or yell at them.

Despite his kindness, Hitch is not without flaws. He can be arrogant, overconfident and if not a bit narcissistic. This is mostly shown when he thinks he is still the sheriff during Sunny's quest to reunite the crystals to bring magic back. Hitch is also a stickler for the rules and corrects even the littlest of mistakes of other ponies. This can be seen when another pony violates "Code 33" (littering). Luckily, his arrogance never transfers to selfishness. Unfortunately however, it does lead to him to be seen as a jerk.

Hitch is seen to have a fondness for music. Almost every time music is playing, he is either bopping his head or shaking his flank. 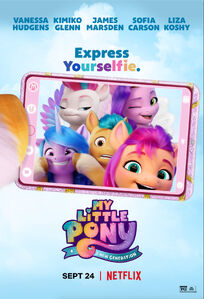 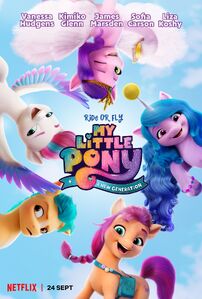 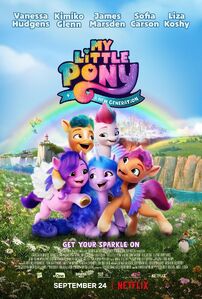 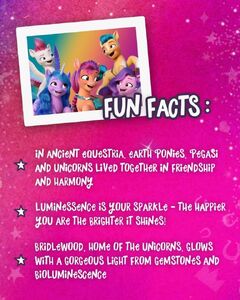 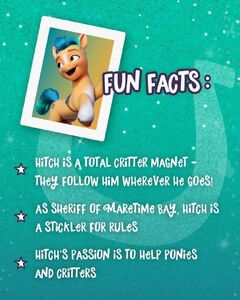 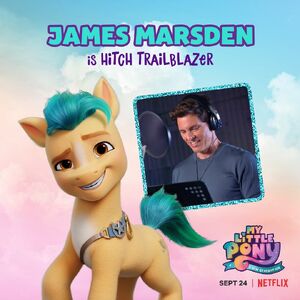 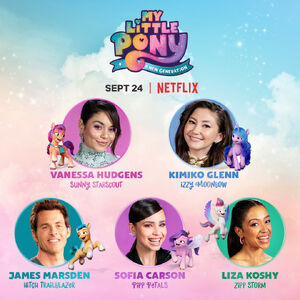 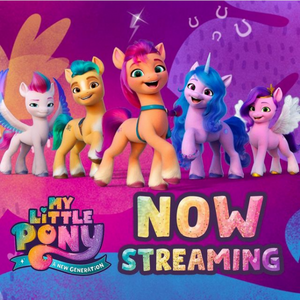