Heroes Wiki
Register
Don't have an account?
Sign In
Advertisement
in: My Hero Academia Heroes, Teenagers, Superheroes,
and 38 more
English

Become a Pro Hero
Get a good nights rest

Hitoshi Shinso is the supporting anti-hero in My Hero Academia. He is a student at U.A. High School, basically under the General Department before entering the Hero Course next year. He serves as one of Izuku's rivals and is the student of Shota Aizawa, whom he is secretly practicing with.

He is voiced by Wataru Hatano in the Japanese dub, and by Jarrod Greene in the English Dub.

Hitoshi is a young man with messy indigo hair that appears in large tufts, with a pair of dark purple eyes with white pupils that have no visible eyelashes. His eyes are often half-closed and he tends to have a lax expression on his face.

Hitoshi is a stoical and straight-forward person, who can spark conversation almost instantly despite appearing reserved for the most part. Due to having his Brainwashing Quirk perceived as villainous as well as being feared by his peers because of it, he became was resentful of those who were different than him, saying that Izuku Midoriya was blessed to be born with a "Heroic Quirk".

Despite this, Shinso does desire to join the hero course and become a Pro Hero more than anything and prove those who doubted him wrong. While not exactly mean-spirited, Hitoshi can be rather provoking if it means turning the tides in his favor or gaining the chance to activate his Quirk. He referred to Mashirao Ojiro as a "monkey" in order to provoke Midoriya and believed that the former was being foolish when he turned down his chance to advance in the Sports Festival. He smirked when Midoriya began charging at him, and consecutively managed to brainwash him.

Likely due to his past treatment of being feared and discriminated, Hitoshi retains a distant attitude among others and states that he has no interest in making friends. However, there are many students who do indeed get along with him and see him as a friend, including Izuku Midoriya, Denki Kaminari and Neito Monoma. It is likely that having friends is something very new to him and might still be warming up to the idea.

Brainwashing: Shinso's Quirk allows him to take control of anyone who responds to him, should a person respond/answer him, he'll be able to activate his power and said person will have to follow his commands. A brainwashed person will be acutely aware of their state, but will be unable to talk or move their body.

Shinso won't be able to activate his Quirk if a person simply doesn't respond to him. A brainwashed person can also be knocked out of their state if they receive a sudden impact (a bump on the shoulder for example).

Shinso is also unable to use his Quirk with something like a megaphone or speaker, as such devices will convert his voice into an electronic signal. 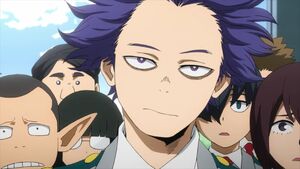 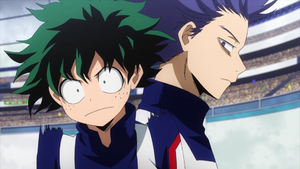 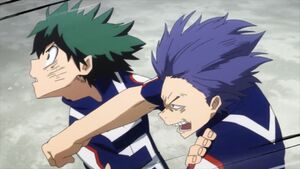 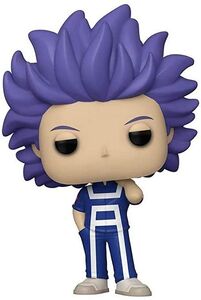