Serve God and protect humanity from the anomalous.

Create "The Universal Texts" to unify their religions. (both ongoing)

The Horizon Initiative, also known as the HI, is an organization in the same universe as the SCP Foundation. It's a religious organization formed by the main three Abrahamic religions (Judaism, Christianity and Islam), who operate in the name of God and his creation, either contain or destroy anomalous objects.

The group is the overarching protagonistic faction of the "Et Tam Deum Petivi" canon and play a role in the "Third Law" canon.

The Initiative was formed either in the late 1960s or following the end of the Seventh Occult (World War II), presumably as a spiritual counterpart to the more "secular" SCP Foundation and Global Occult Coalition. Still, alongside the SCP Foundation and the Global Occult Coalition, they serve as the main defensive line for humanity against the anomalous. Because they lacked funding and support from national governments, the Initiative heavily relied on volunteers and donations.

The group is led by a tribunal composed of leaders from all three faiths, though this tribunal does not always have full control of the organization, since there is a large amount of internal strife (likely from the more radicals of each faith) and is largely decentralized as members numbered less than a few thousands. It was also heavily dependent on the more orthodox religious institutions such as the Roman Catholic Church which led to some accusing the Initiative as a Papist conspiracy.

Because of their multi-denominational nature and lack of institutional cohesion, the Initiative was often composed to the GOC's predecessor, the Allied Occult Initiative which formed out necessity during the Seventh Occult War. In groups, the main combat force is Project Malleus, which is usually deployed in anti-cult operations and anomaly retrieval operations. Anomalies are either contained or destroyed by the group, depending on how they fit into the overall dogma of the three faiths theology.

Excerpt of an Autobiography

Around April of 2026, the various mystics employed by the Initiative began having consistent visions of some unknown calamity happening soon. This caused great panic between the members of the Initiative, with most of them running around afraid while the leaders struggled what to do next. The Initiative and the members' families regrouped inside various chapterhouses, waiting for the calamity to struck while the world or the other organizations remained ignorant of what was about to happen. In the night of April 19th, the calamity finally struck the world, however, not much detail is known about it apart that some dragons emerged and wreaked havoc across cities. In the aftermath of the calamity, the Veil of Secrecy broke, allowing the anomalous world to become public knowledge in the new state of the world. Despite this, the Initiative kept on existing and continuing their mission at protecting humanity in the post-apocalyptic world.

The Serpent's Hand and the Serpent eventually decided to go all in and forcefully grant humanity all of the knowledge. They devoured the knowledge of the Tree and spread it throughout the world in order for humanity to ascend to paradise. While that was going, the Initiative was seemingly unaware of what was going on, only noticing that one of their holy texts about Saint Manos which prophesied this event became corrupted and lost.

On the Path Nobody Knows

One day the Armageddon occurred on the world, wiping out most of the human race. One survivor, Iteration-ת of Nobody who had forgotten most of their past, came upon an abandoned chapel which had a still functioning terminal holding the Initiative's holy texts of The Travels of St. Dracios To the Lands of Jarad, Chapter 16 and The Fourth Letter of Nayvidius. Nobody, wanting to ensure the survival of the last remnants of the Old World, memorized the stories told in the text and moved on exploring the new state of the world.

The Divisions of the Horizon Initiative

Relationship with other groups

The group has a mixed relationship with the SCP Foundation and the Global Occult Coalition, as some sects of the HI view them as "godless" and "immoral" groups, while others are willing to ally themselves with the Foundation. Following a battle over SCP-2217, the Initiative formed an alliance with the Foundation, GOC and the Church of the Broken God called the "Triumvirate," in order to combat their common enemy Sarkicism.

The Initiative has a very good relationship with both the Manna Charitable Foundation and the Serpent's Hand, supporting them and the groups in turn supply the Initiative with anomalous objects.

The Horizon Initiative has often clashed with the anarchist group, Are We Cool Yet?, due to their art pieces endangering human lives. The Initiative has collaborated with non-violent anartists who would provide the Initiative with various anomalous artifacts.

The Horizon Initiative has often clashed with the Office for the Reclamation of Islamic Artifacts due the former being partially made up of Sunni Muslims while the latter was largely made up of Shia Muslims. However, in MEMORANDUM 083 REGARDING PROJECT "GUARDIANSHIP" it is mentioned that ORIA has made a treaty with the Initiative and have even on one occasion worked together while attacking a warehouse belonging to the Alexylva University.

The Initiative viewed various paratech companies such as Prometheus Labs and Anderson Robotics in a negative light due to their different views on paranormal technology. On the other hand, when working on electro-thaumic computer systems to perform exorcism of demons, Prometheus Labs sought to sell their new product to the Horizon Initiative.

The Initiative also saw Herman Fuller's Circus of the Disquieting and Gamers Against Weed in a negative light due to their lack of respect and seriousness, but are not direct enemies. 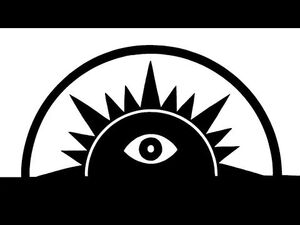