God of Order (in his Mortal Kombat: Armageddon ending)
Member of the Forces of Darkness

Spread his laws and orders through all realms.

Anti-Heroic Archenemy
Hotaru is an anti-hero in the Mortal Kombat series of fighting games.

At some point in the past, Hotaru ventured into Outworld and faced Shao Kahn's Tarkatan forces siege of the city of Lei Chen.

Many years later, these same forces will be directed by Dragon King Onaga. Believing that this new resurrection ruler will bring order to the universe, Hotaru decided to help Onaga's Tarkatan tribe attack and hunt down those who opposed them, such as Sub-Zero. During the fraudulent incident, Hotaru began his search for the Lin Kuei grandmaster and bring him justice before Onaga, he was never found, having returned to Earthrealm without being harmed by Hotaru.

Hotaru did not know that he had a bounty placed on his head. In the past, when he was imprisoned, Dairou served as a guard for him, and now he has signed a contract sent to him by Darrius to steal the constitution of seido and murder Hotaru. How the operation ended is unknown.

Hotaru later joined the Forces of Darkness in the battle of Armageddon. He killed Li Mei just before he died while trying to reach the Pyramid of Argus. It is unknown who killed him. 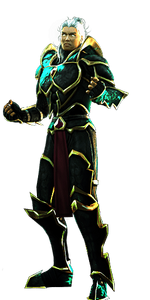