The House of Mogh was one of the Great Houses of the Klingon Empire in the 24th centuries. The House was featured prominently during the latter seasons of Star Trek: Deep Space Nine.

Martok, son of Urthog led the House of Martok in the 24th century. Despite being a common man from the Ketha lowlands on Qo'noS Martok became renowned for his leadership. He was able to marry Sirella, who was a member of a noble family connected to the ancient Emperor Reclaw of the Second Dynasty.

Martok and Sirella had three children; a son named Drex as well as daughters Shen and Lazhna. After escaping from a Dominion prison camp in 2375 Martok invited Worf to become his brother and a member of the House of Martok, restoring his honor amongst Klingons after Gowron took it away for Worf's refusal to support the invasion of the Cardassian Empire in 2372.

Members of the House of Martok. 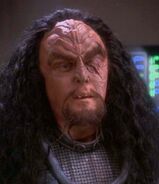 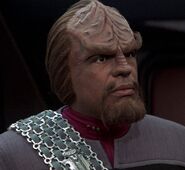 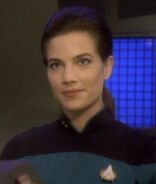 Jadzia Dax
Add a photo to this gallery
Retrieved from "https://hero.fandom.com/wiki/House_of_Martok?oldid=1125703"
Community content is available under CC-BY-SA unless otherwise noted.