Defeat the Exterminator (both succeeded)

Hova is the tritagonist of The Ant Bully. She takes an immediate liking to Lucas, much to her boyfriend Zoc's dismay. She teaches Lucas how to be a real ant.

She was voiced by Julia Roberts, who also voiced Charlotte in Charlotte's Web and Smurfwillow in Smurfs: The Lost Village.

In the Japanese dub of the movie, she was voiced by Atsuko Tanaka.

Hova is a kindhearted, witty ant. She loves her boyfriend Zoc, but also knows when to keep him in check. She is very accepting and forgiving, especially when she decides to mentor The Destroyer.

She is very influential and leaves a good impression on Lucas, at the which staying by Lucas' side no matter what. She is also protective of the ones she loves and considers Lucas her pupa while he stayed in the ant colony, as well as her good friend, Kreela.

Hova is a beautiful female ant. She has a ovalish head with no mandibles, and has a very thin body. 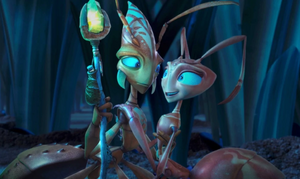 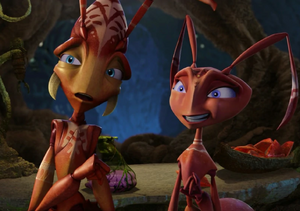 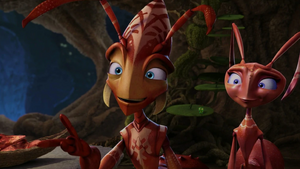 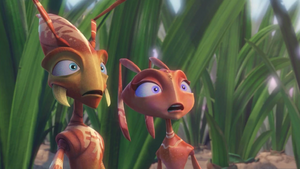 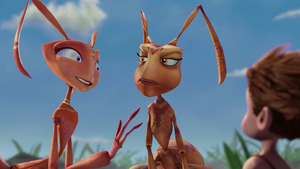 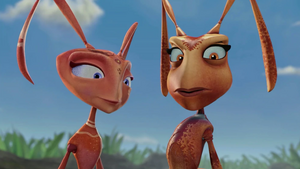 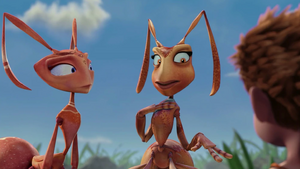 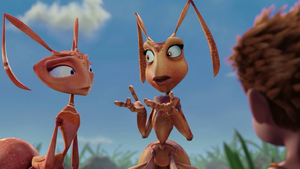 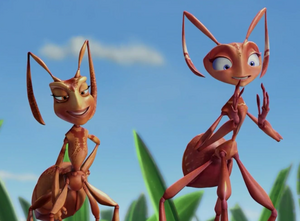 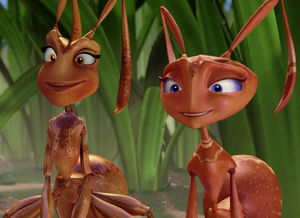 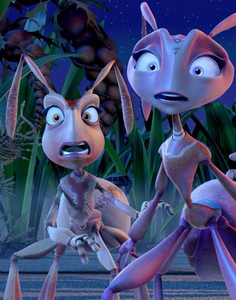