Howard DeVille is Phil and Lil's mild mannered father. Often overpowered by and cringing towards his lovely tomboy wife, Betty. Howard is the quietest grown-up in the gang, and possibly the oldest. This is probably because he's married to Betty, the loudest grown-up in the gang, and it's hard to get a word in edgewise. The DeVilles are the Pickles' next-door neighbors, and Howard likes to drop by and see Stu's inventions. He has been nicknamed "Howie". Howard is generally considered to be fairly shy. He tends to not be as bold as others, and usually takes a back seat to his wife, in terms of domestic duties and parenting. Howard is known to display passive aggressive tendencies toward his wife. It is revealed by Betty that she use to poke him with her index finger during their school days, however, after years, he realized Betty was only doing it because she was too shy to admit that she liked him. In Touchdown Tommy, Howard was shown to be a big football fan, and was seen skiing in Vacation. Like his timid personality, he does seem to take household hobbies, such as building with toothpicks. It is revealed that Lil wants his special calculator.

All Grown Up! Howard DeVille 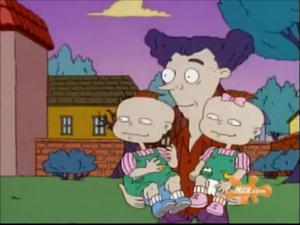 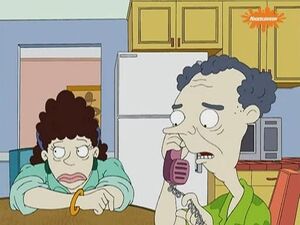 Betty and Howie
Add a photo to this gallery

Retrieved from "https://hero.fandom.com/wiki/Howard_DeVille?oldid=1661928"
Community content is available under CC-BY-SA unless otherwise noted.