Traveling along with her sister

Defeat Pyron
Get back to her own world (Project X Zone)

Hsien-Ko, also known in Japan as Shao Lei-Lei, is a character from the Darkstalkers series. She and her twin sister, Mei-Ling, have been transformed into a dark hunter and some sort of Undead.

Hsien-Ko was originally a human in China during the 1700s who was trained in Senjuto alongside her sister, Mei-Ling. One night, a Darkstalker invaded their village, and their mother was killed in the attack. The two sisters use an Igyo Tenshin technique to merge the two, and they became a being based off of a Chinese Hopping Vampire (called Jiang Shi) that had one mind and body.

Eventually, the two freed their mother's soul, and the two siblings were separated and died properly. They were then reincarnated into new bodies as a reward for all that have done.

Hsien-Ko has light blue skin and dark blue hair kept short. Her primary outfit is a traditional Chinese costume, albeit with incredibly long sleeves with three claw fingers jutting out of each sleeve. The three main colors in her outfit are pink, violet, and yellow.

Due to her transformation, Hsien-Ko has abilities beyond the human form and is one of the few humans who can stand on equal footing with a Darkstalker. Her ghostly traits allow her to run across air and even disappear temporarily (during dashes). Her sleeves contain far more weapons that should be able to be contained in them, which she uses for attacks. The weapons Hsien-Ko uses include a saw, knives, a sword, a chain, a giant gong that can emit sonic-waves when struck, a spiked flail, and variety of other weapons. She also once in a while throws some cameo items such as a statue of Akuma, Vega's claws, and Chun-Li's bracelets.

Hsien-Ko appeared in two episodes of the American Darkstalkers series. There, she has mostly the same design, with the difference being that her outfit's colors are different and most importantly her skin color was changed from her undead blue color to a normal skin color like her sister.

Hsien-Ko makes an appearance in Project X Zone. She is a playable character with her partner being Frank West from Dead Rising.

Hsien-Ko's mother was killed protecting her daughters from a demon. In an attempt to save their mother's soul from the darkness, Hsien-Ko and her sister attempted the forbidden Igyo Tenshin-no-Jutsu, and Hsien-Ko ended up being turned into a mystical Chinese "jiangshi."

She fights using giant claws, along with a wide variety of weapons stored up her sleeves.

Her twin sister Mei-Ling is actually the paper talisman hanging from her hat, transformed in order to prevent Hsien-Ko from losing herself and going on a rampage. The two of them finally managed to save their mother and were reincarnated as human babies once more.

However, since reaching adolescence, they have regained some knowledge of their former selves.

Hsien-Ko has a very positive personality and a smile for any situation, no matter how grave. Because they are both zombies, Lord Raptor (Zabel Zarock in Japan) is constantly hounding her and despite his attempts to woo her, she wants nothing to do with him. 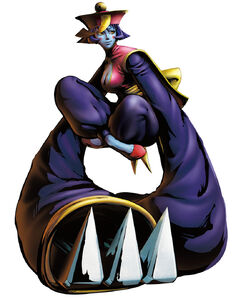 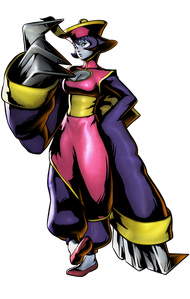 Hsien-Ko in the "Darkstalkers" OVA 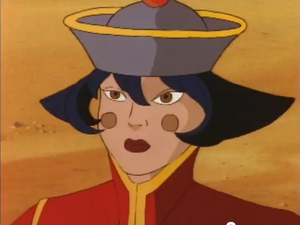 Hsien-Ko in the "Darkstalkers" animated series 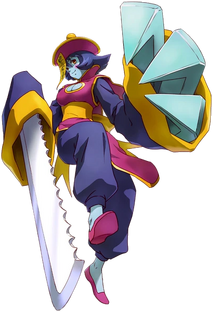 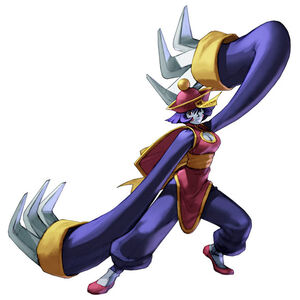 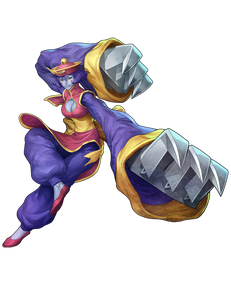 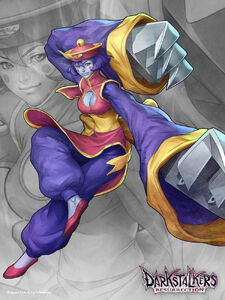