Hu (The Secret Life of Pets)

Hanging out with a friend named Daisy

To escape from the circus (Succeeded)

Hu is a non-anthropomorphic young white tiger and a supporting character in the 2019 animated movie The Secret Life of Pets 2.

His vocal affects where provided by Frank Welker who also voiced Scooby-Doo in the Scooby-Doo Franchise.

Hu is a young Bengal tiger with white fur and black stripes, but he is mute and non-anthropomorphic unlike all the other animals in the films.

Hu was originally captured from the wild to be taken to the circus owned by a cruel circus animal trainer/abuser, Sergei. Hu was first discovered in a cage on a plane headed for New York by Daisy who was going over her owner's luggage with other pets in the baggage compartment. Realizing Hu was scared, as he was struggling from his bonds, Daisy understood that he needed help, so she decided to find and enlist Snowball's help in freeing the tiger.

Three days later, Snowball and Daisy arrive at the circus to free Hu, only to witness him being tortured by Sergei to practice performing a water diving trick using a whip, no matter how scared the cub is, much to their horror. After failing to perform the trick and being caged, Sergei threatens to turn Hu into a rug unless he performs well the next day during training, and charges his pet wolves to guard him with their lives. Luckily, Daisy and Snowball free him after subduing the wolves in a long fight.

Realizing they need a place to hide Hu, Snowball suggests taking him to Pops' apartment since his owner is never home. At first, Pops refuses but seeing as to how the puppies, whom he teaches at his own "Puppy School" ever since his owner got a new puppy, have grown attached to Hu, he reluctantly allows him to stay for one night. However, Hu is brought back the next day to Snowball by an angry Pops and his class due to trashing his apartment. So, Snowball chooses to hide Hu inside Max's apartment instead since Max and Duke are out on vacation at Chuck's uncle's farm and promises to check up on him later after having had his pizza roll.

When Max and Duke return earlier than expected at night, Snowball and Daisy hide Hu inside Liam's closet and then, take him out after everybody goes to sleep, but Max and Duke catch them in the act. When the circus wolves arrive, Snowball and Daisy try to get Hu to safety while Max distracts the wolves but to no avail. Hu finds himself surrounded by the wolves until Sergei subdues him with a tranquilizing dart and takes Daisy away as well. Once again, Hue is placed in a cage and then, taken back to the circus where everybody boards a train. Once Hu is awake, Sergei takes him inside the driver's compartment and reveals that he intends to use an electric goad to make training easier and more fun. When Sergei finds himself attacked by Max, Snowball, and Daisy, Hu joins in until the conductor stops the train. Hu and the others plan to run back home but Sergei stops Hu from escaping by restraining him with his chain collar/leash. Sergei plans to shoot them until he is stopped by a cat lady using her car.

After Sergei has been defeated, Hu thanks Max and is taken back home in New York with the rest of the pets. At first, he is taken to now live with Chloe and assists her in waking her owner up by roaring loudly in her ear. Then, he is taken to visit the cat lady and her cats in their apartment where he is accepted. 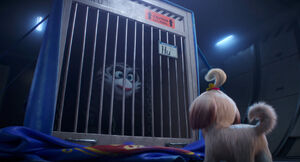 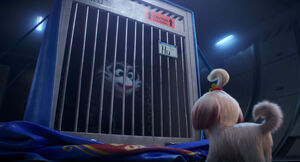 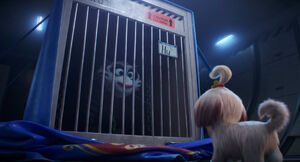 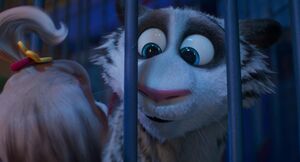 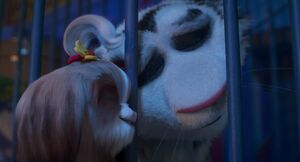 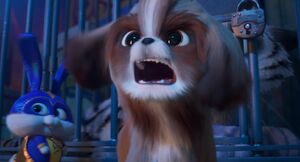 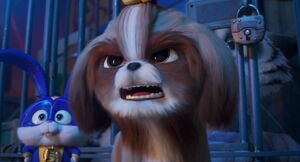 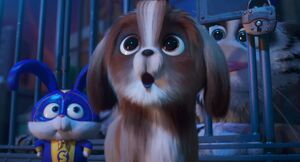 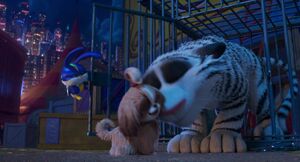 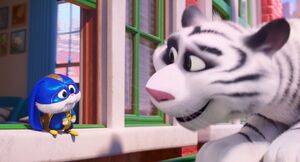 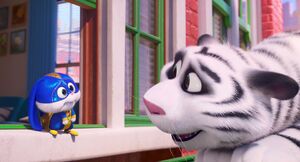 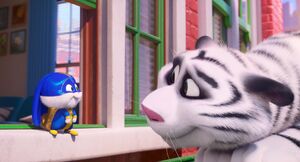 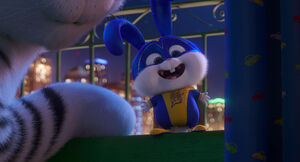 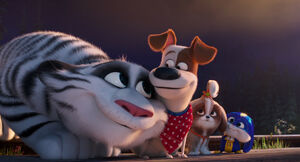 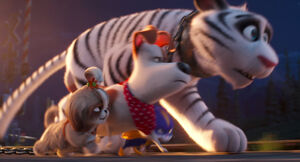 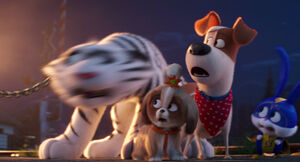 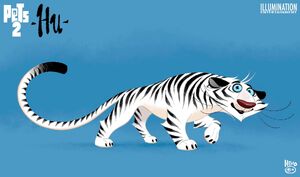 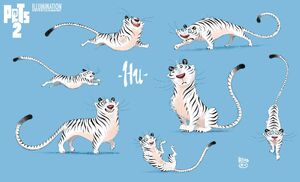 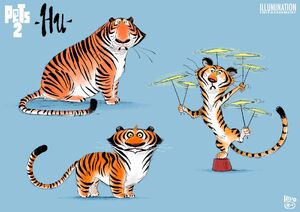 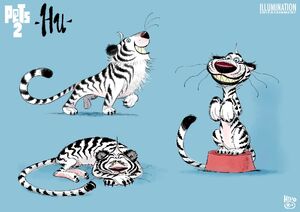 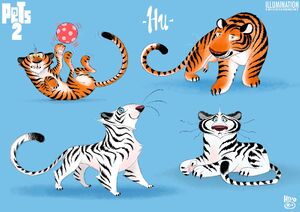 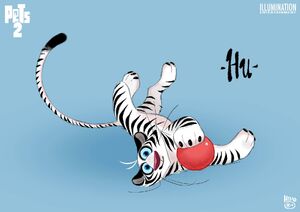 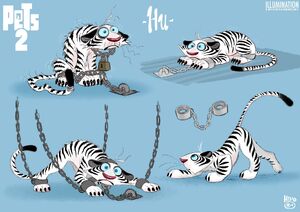 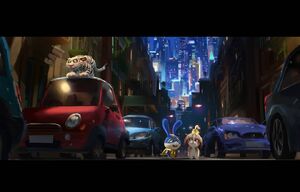 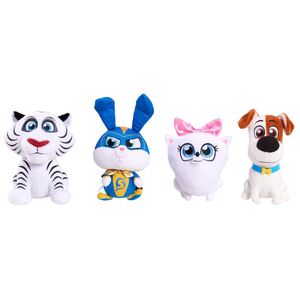